Fire-Boltt Call is slated to launch in India next week. 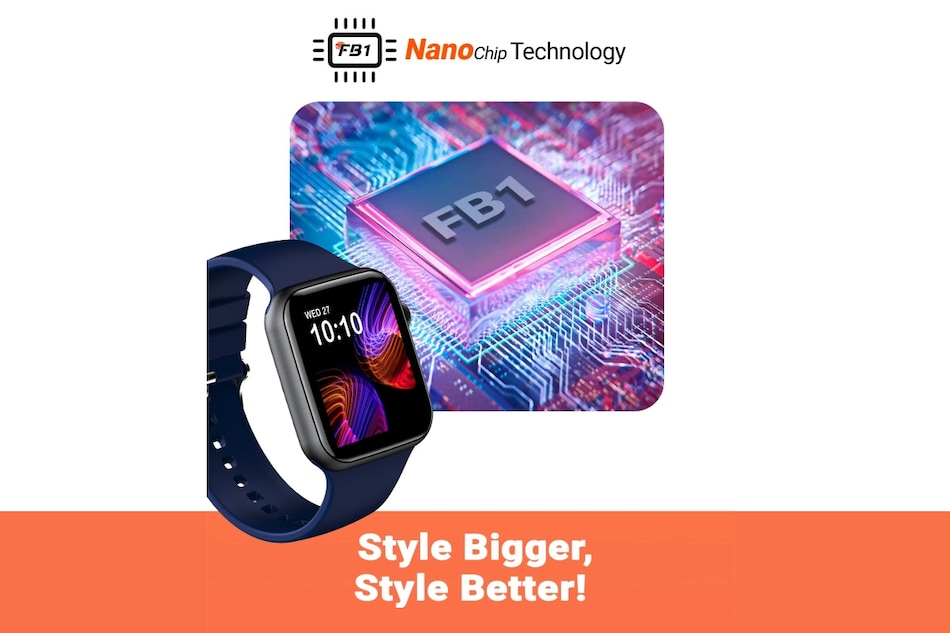 Fire-Boltt Call will be powered by FB1 Nanochip technology

As per the dedicated microsite on Amazon, Fire-Boltt Call smartwatch will launch in India sometime "soon". Fire-Boltt told Gadgets 360 that the wearable is slated to launch in the country next week, although an exact date wasn't revealed.

Fire-Boltt Call will get a 1.7-inch HD display that gets a 360-degree view along with UltiView display technology. Under the hood, the smartwatch is said to be powered by a FB1 Nanochip, which is speculated to be an in-house SoC by Fire-Boltt. However, further details about the processor are still scarce.

The smartwatch will get Bluetooth calling support and will feature an inbuilt microphone along with a speaker. It will also get the ability to save contacts along as well as support for a quick dialpad and call history. Alongside, it will also provide users with notifications from various social media apps.

The upcoming Fire-Boltt Call will be offered in seven colour options — Black, Blue, Green, Grey, Peach, Red, and White — for the silicone straps which get a stainless steel buckle. The smartwatch will also get more than 200 cloud-based watch faces.

According to the microsite, Fire-Boltt Call is said to last for up to five days with Bluetooth calling mode, up to 10 days in normal mode, and will have a standby time of up to 30 days. It also has an IP67 rating for dust and water resistance.