Samsung Galaxy Watch Active 2 update will be first pushed to the Bluetooth versions and then to the LTE versions. 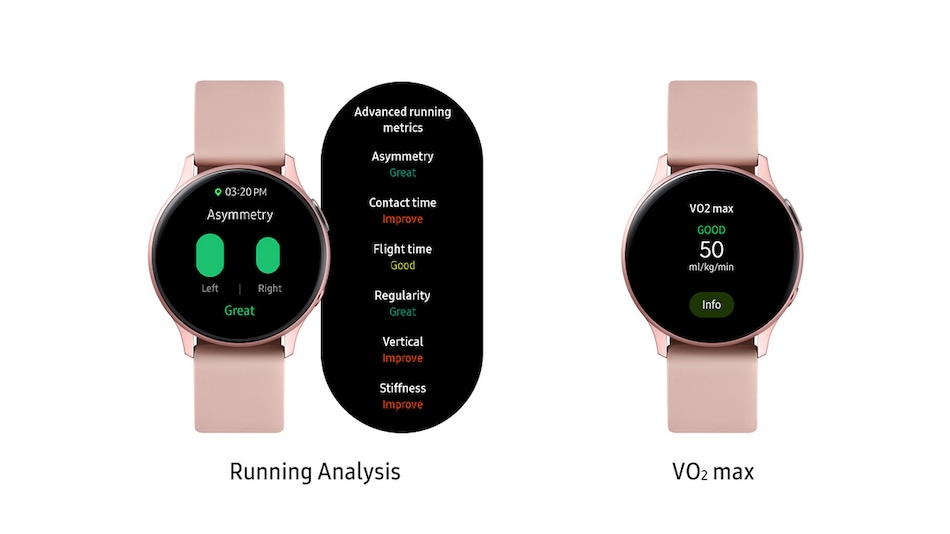 According to Samsung, the Galaxy Watch Active 2 will start receiving the update from today, September 10. It brings Running Analysis that can provide information like asymmetry, regularity, stiffness, vertical oscillation, and ground contact time. This will help users improve their performance and also reduce injury, Samsung says.

The Galaxy Watch Active 2 can now measure VO2 max that indicates the maximum amount of oxygen a person can utilise while working out.

Another new feature added to the smartwatch is Fall Detection that sends an SOS to as many as four pre-designated contacts when it detects a potential fall. In terms of communication, you can now view emoticons and photos right on the smartwatch. Galaxy Watch Active 2 owners can also use the Smart Reply feature to send replies on the go. When receiving a message, the smartwatch will now show your chat history to pick up where the conversation left off. AR Emoji Stickers and Bitmoji Stickers can be selected straight from the smartwatch.

Samsung adds that the update will be available to Bluetooth versions of the Galaxy Watch Active 2 initially, after which it will be pushed to the LTE variants. Samsung also says the rollout will vary by market or operator and we have reached out to the company for information on rollout in India.

Redmi SonicBass Wireless Earphones With Up to 12 Hours of Playtime, IPX4 Rating Launched