Dynamic Island Could Feature on All Android Phones. Here's How to Download

DynamicSpot app works with practically every other Android app, including chat, music, and timer apps. 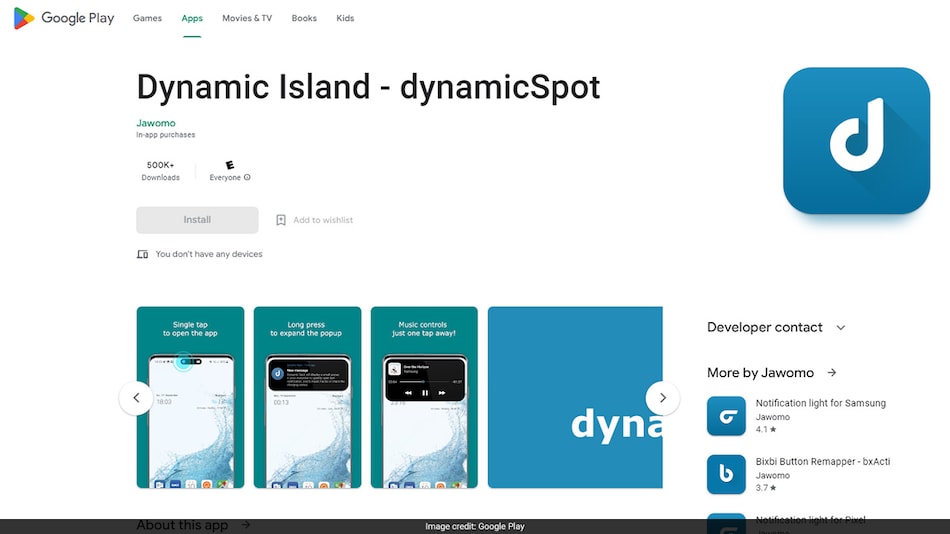 You can get the fundamental DynamicSpot app from the Google Play Store for free.

A few weeks after Apple unveiled the iPhone 14 lineup at its 'Far Out' event on September 7 with a major design change with the Dynamic Island, now Android smartphone users can also add this new feature to their devices.

You can build your own customized implementation of the new iPhone feature using the DynamicSpot app.

The developers wrote about the app, "With dynamicSpot you can easily get the iPhone 14 Pro's Dynamic Island feature on your android device! dynamicSpot gives you Dynamic Island mini multitasking feature, making it easier to access recent notifications or phone status changes. Just tap on the little black dynamic spot / popup to open the displayed app, long press the popup to expand it and view more details."

According to reports, the app works with practically every other Android app, including chat, music, and timer apps.

Altering interaction preferences and choosing whether to display or conceal the DynamicSpot popup are additional ways to personalise the application.

You can get the fundamental DynamicSpot application from the Google Play Store for free, saving you from having to spend at least Rs 129,900 for the new iPhone 14 Pro or more for the Pro Max.

The Dynamic Island app has gained attention in the tech community since its release. Every smartphone user wants it, and manufacturers want to include it in their products.

The Chinese smartphone brand Realme even initiated a contest called "Realme Island - Creators Challenge' to gather ideas regarding the implementation of a Dynamic Island-like feature on Realme phones.

Realme had launched the contest on its community forum, asking fans for ideas and opinions on how it could implement a copy of Dynamic Island on the Realme devices.

The company claims that the proposed software feature would turn the camera cutout into a multifunctional feature.

According to Realme, the UI around the camera hole could morph into different shapes and sizes to display incoming phone calls, alerts, notifications, and more.