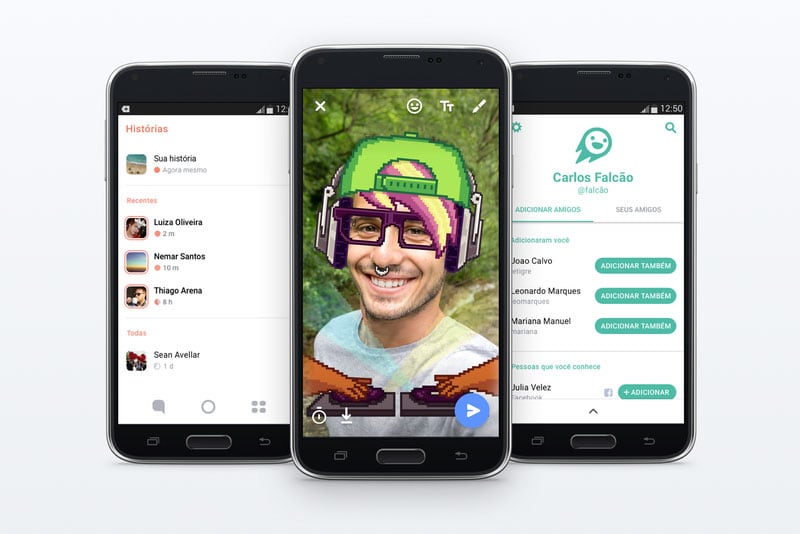 It seems Facebook can’t get enough of Snapchat, be it ‘borrowing’ features from the popular app for some of its mainstream apps, or its attempts to build a Snapchat-clone. After failing with Poke in 2014 and bringing an end to Slingshot less than a year ago, Facebook has come up with a new app to take on Snapchat – Flash. Unsurprisingly, the new app looks like a near perfect clone, going by sample images.

Where the previous two attempts were meant as direct competitors, the focus this time around is on emerging markets, where Internet connectivity and data speeds are still a hindrance. That’s why, according to Recode, Flash has been built from the ground up by Facebook’s growth team and its chief proclaim is its small download size – less than 25MB. By comparison, Snapchat is roughly 76MB.

While that might be an appealing factor in itself, what’s more important for an ephemeral messaging app is how good it is at compressing pictures and videos – not just to consume less data overall but facilitate faster access. The first target market identified by Facebook is Brazil, where the new Snapchat competitor is available currently on Android. Facebook does plan to bring it to other markets, product manager George Wang told Recode, but isn’t disclosing those plans just yet.

Facebook’s battle with Snapchat began in November 2013 when the social media giant’s $3 billion offer was declined. Since then, aside from launching direct competitors, Facebook has straight up copied and integrated the app’s features across its services – be it introducing Instagram Direct in December 2013, Instagram’s Bolt in July 2014, auto-disappearing messages in Facebook Messenger, Instagram Stories in August this year, instant live video in Messenger just a month later, and Snapchat Stories-clone in Messenger Day and image annotation in WhatsApp last month.

While Facebook may enjoy a lion’s share of eyeballs with its products – Facebook has 1.79 billion monthly active users, both WhatsApp and Messenger have a billion to their name, and Instagram sits on 500 million – Snapchat’s 150 million daily users, with a total of 8 billion views per day, continues to be of concern to the Menlo Park-headquartered company.