Facebook Messenger is getting a feature for QR code and payment links for Facebook Pay users in the US. 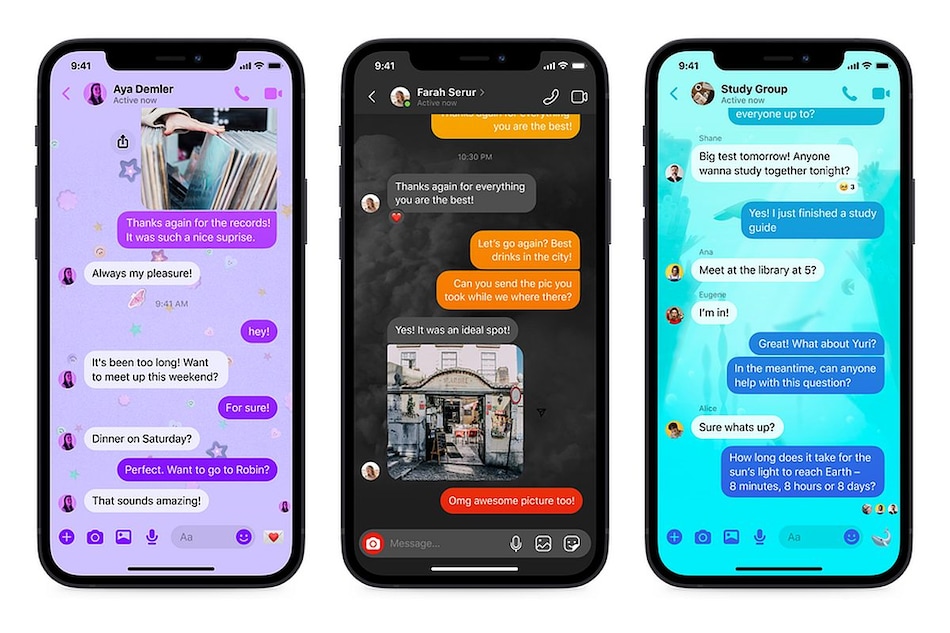 Facebook Messenger is getting three new features in an update for its mobile app. The new features include three new chat themes, a quick reply bar, along with QR code scanning and payment links. The update will be rolled out for its Android and iOS apps. The social media giant mentioned that the QR code and payment links option is rolling out for users of the app in the US as of now. The new themes will be available on both Messenger and Instagram.

The update for Messenger was announced on Facebook's blog on June 10. The update for the messaging app brings three new themes in celebration Olivia Rodrigo, Fast & Furious 9 (F9), and World Oceans Day. The theme for Olivia Rodrigo marks her debut album, Sour, that was released on May 21. The F9 theme has been released to celebrate 20 years of the Fast and Furious franchise. The theme for World Oceans Day - celebrated on June 8 - apparently lets you virtually explore the oceans around the world while also promoting sustainability.

Additionally, users in the US, as of now, can also send and receive payments via Facebook Pay. Users can make these transactions with anyone even if they aren't connected with each other on Facebook. Users can access their payment links or QR code by going to Settings > Facebook Pay. They can then share the payment links or show the QR code to send and receive money from friends.

Gadgets 360 was able to view the themes on Instagram and Messenger but the quick reply bar along with QR code and payment links weren't visible when we tested. It could be possible that the update is being rolled out in phases and the quick reply bar feature could be available for all users soon.