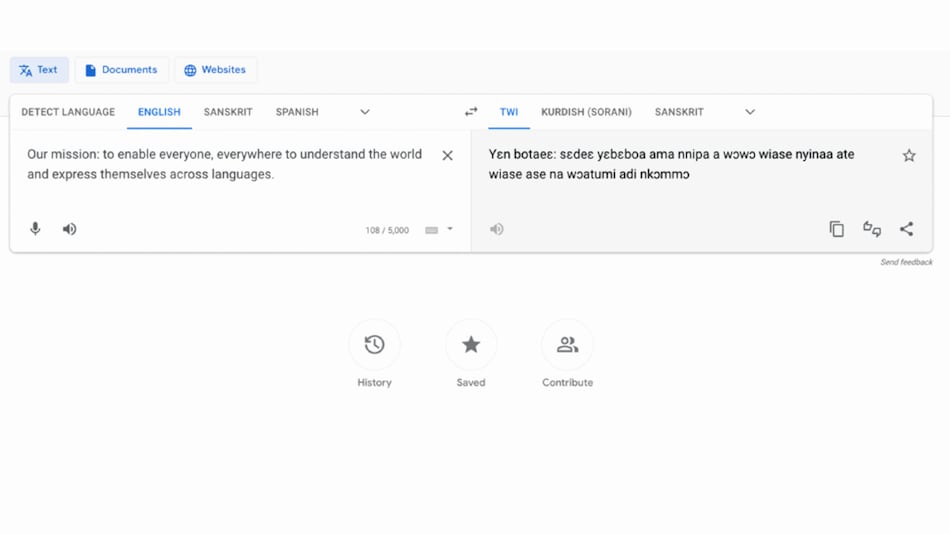 Google has added the Twi language from Ghana to Translate

Google Translate now supports 24 new languages that usually do not see much representation on most tech platforms., the company announced at its I/O 2022 Keynote on Wednesday. This new addition has brought the total number of supported languages by Google Translate to 133. The search giants claim that the newly added languages are collectively spoken by over 300 million people in different parts of the globe. Some of the notable additions include the Mizo language which is spoken by up to 300,000 people in northeast India, and Lingala, used by around 45 million people across Central Africa. This update even brings several indigenous languages of the Americas like Quechua, Guarani and Aymara to Google Translate for the first time.

In this endeavour, Google roped in several professors and linguists who natively speak these languages. It is also a technical milestone for the company as these are the first languages added to Google Translate using Zero-Shot Machine Translation. This technology utilises a machine learning model that "learns to translate into another language without ever seeing an example." Google says that this technology is not perfect, however, promises to keep refining it to offer a similar experience when translating popular languages like Spanish or German.

At the Google I/O keynote, the company also announced new features for Wear OS and Android tablets, apart from unveiling a new Wallet app. The search giant also detailed changes to search, including Multisearch improvements and a new Scene Exploration feature. Another major announcement was about phishing and malware protection in Google Docs, and new virtual cards for online payments.

Here is the full list of the 24 new languages now available on Google Translate: