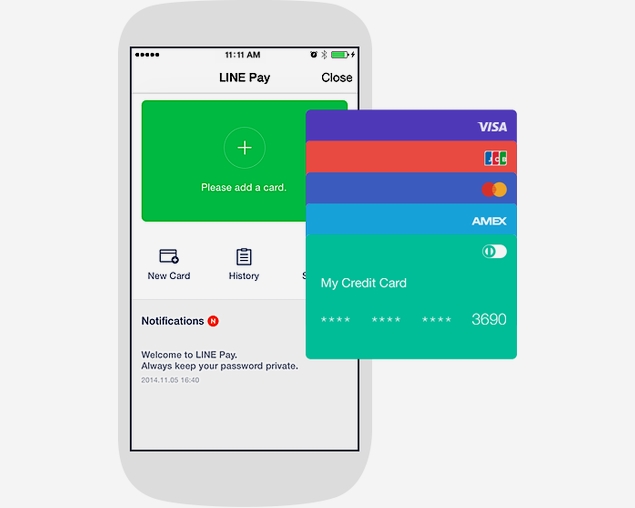 The company says that in order to use the Line Pay mobile money transfer and purchasing service, existing Line app users will need to generate a separate and exclusive password that is different from the password used for the Line app.

For even better security, users will be required to verify their Line account on their smartphones each time even if they are making payments on the desktop interface.

"Also, when using payment and other money-transferring features, logging into Line Pay on a new device, or if the user has changed their device for some other reason, the user must enter their Line Pay-exclusive password, preventing the Line Pay features from being used even if a Line account is logged in to by a third party," said company in its press release.

To start with, Line Pay will only support payments on the Line Store, and Line users can register their credit cards to purchase paid content like Line stickers for both Line and Line family apps.

As an introductory offer, Line Pay users will also receive up to 25 percent bonus to their balance, announced the company.