The new feature was spotted in WhatsApp’s latest beta version 2.19.183 for Android. 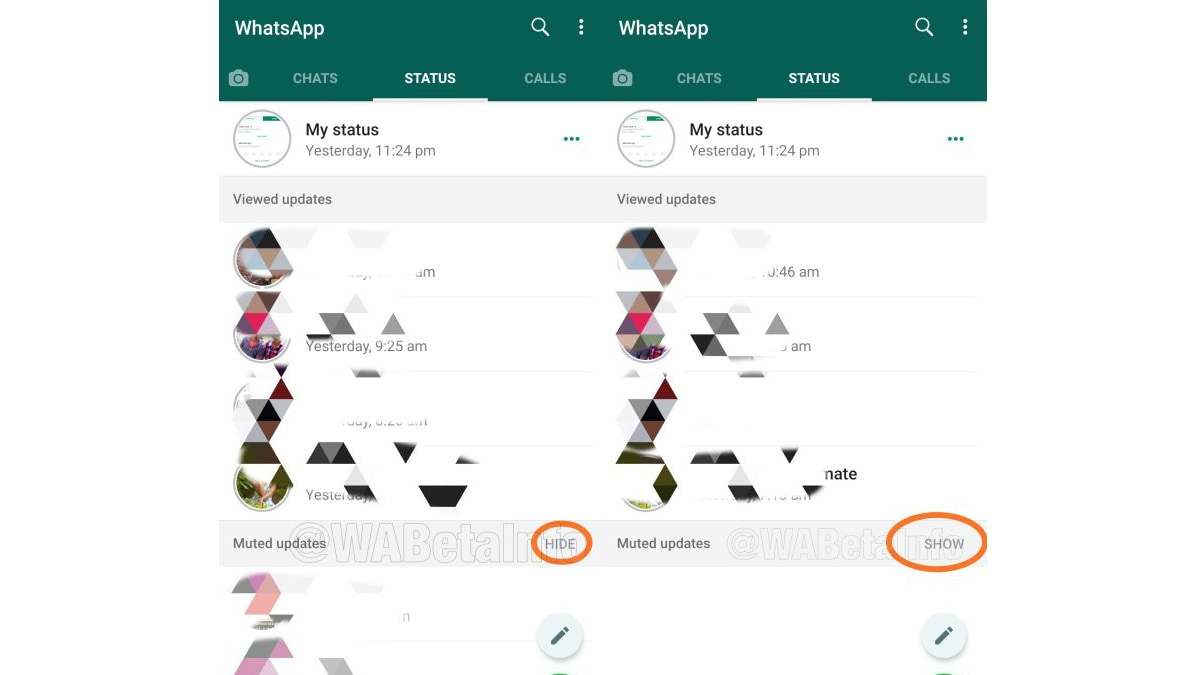 WhatsApp has released a new beta update of its Android application, and sifting through its code, tracker WABetaInfo has found a new feature that is in the works. The feature is being called Hide Muted Status Updates, and as the name suggests, it brings the ability to completely vanish all traces of muted updates from the Status section. Currently, the muted Status updates show up at the end of the scroll, but this new feature will hide that section completely. The feature was spotted in WhatsApp's latest beta version 2.19.183.

As mentioned, WABetaInfo discovered the new feature, and the tipster says that it is disabled by default for now. WhatsApp is currently working on developing this feature, and it should be enabled for testing soon. This means that even if you are a part of the Google Play Beta program for WhatsApp and have installed the latest 2.19.183 update on your Android phone, you will not be able to spot the feature.

However, WABetaInfo has been kind enough to share screenshots of the Hide Muted Status Updates feature, and a new Hide button is seen right next to the Muted Updates section. Once you press the Hide button, all the muted status updates will disappear. You can bring them back by pressing the ‘Show' button that replaces the ‘Hide' button to bring the Muted Updates back.

The WhatsApp update tracker says that there is no word on when this feature will be enabled for testing or when it will roll out for everyone. WhatsApp for Android beta version also recently got the enhanced Picture-in-Picture (PiP) feature that allows users to watch videos in a pop-up window even while switching from one chat to another. It also continues to play the video on the floating window when WhatsApp is in the background.