WhatsApp Status Revamp Goes Official, Changes the Way You Use the Messaging App 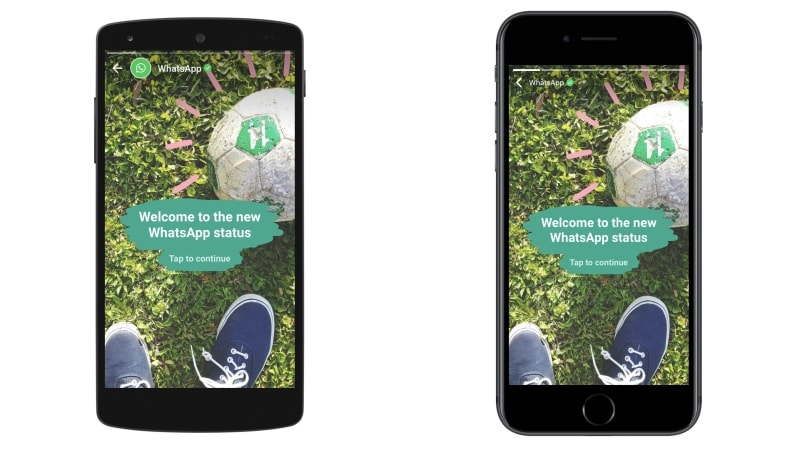 WhatsApp has given its users a new way to keep sharing their everyday experiences with their contacts with its newly revamped Status feature. The overhauled WhatsApp Status feature - which has been rumoured for a long time - completely changes the way you the Status function of the app works. So, instead of the boring old 'Hey there, I'm using WhatsApp', you can share videos or other multimedia content with your friends and family using WhatsApp. Moreover, you can update your status multiple times a day, keeping the engagement level high for your content.

To encourage this increase in engagement with the popular app, your Status will no longer be a boring text message - instead you get to express yourself using a short video.

But videos are not all, as you can also share photos and GIFs as your WhatsApp Status. These WhatsApp Status updates will be visible to all your contacts using the app, and will disappear after 24 hours.

The WhatsApp Status videos look similar to Instagram Stories, which in turn was of course heavily 'inspired' by Snapchat's feature of the same name. The new Status implementation by WhatsApp represents a move away from the traditional messaging app model that the company had by and large stuck to until now, and is an attempt to add more social-networking capabilities to the messaging app.

The essence of the revamped WhatsApp Status is that you broadcast regular updates to your friends, who then share their comments or reactions. The one difference here is any replies that your friends send to Status updates are visible only to you, in your Chat with that friend, with a message that indicates which WhatsApp Status update they are replying to. In contrast, the replies and comments you get on Facebook updates, Instagram posts or tweets are visible to everyone.

WhatsApp UI has been updated to accommodate the new features. With video now meant to be a big part of the WhatsApp experience thanks to Status updates, the built-in camera gets a prominent icon of its own. The idea behind the change, Sarafa says, is to get users to share stuff with people "without thinking about which chat window to share it with". So, instead of first picking a chat and then triggering the camera from there like you typically do, you are now encouraged to shoot first, and figure out the sharing options later.

How to Use New WhatsApp Status Features

As you would expect, Status gets a tab of its own, in between Chats and Calls. It's easy to create Status messages, especially if you've used the aforementioned Stories feature in either Snapchat or Instagram. WhatsApp Status updates you create are visible to your contacts by default, though you can change them to My contacts except... or Only share with... as well.

Within the Status tab you will see various groups: My status, which shows your most recent WhatsApp status (you can swipe to see who's seen your Status, similar to messages); Recent Updates, which shows new WhatsApp Status messages that your friends have created in the last 24 hours; Viewed Updates, which is self explanatory; and Muted, which lists updates from users you've muted. If you deleted a WhatsApp Status you've created, it's deleted from the phones of all your contacts - even from ones who've already seen the Status.

When Do I Get the New WhatsApp Status Feature?

The new WhatsApp Status feature is rolling out users in Europe to begin with, Sarafa said, with other regions in line to get the feature later. The feature will ultimately be available to all WhatsApp users on Android, iPhone, and Windows.