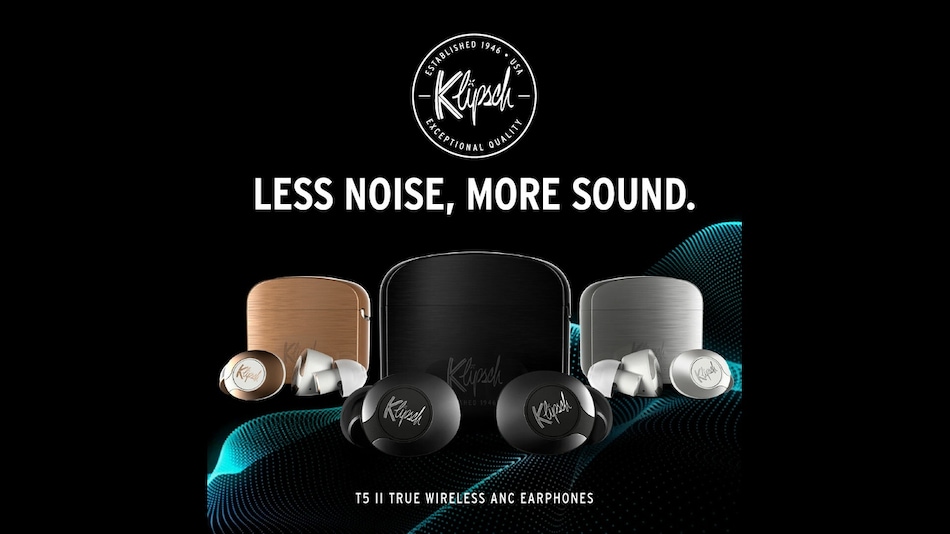 The Klipsch T5 II ANC TWS earphones feature ANC and wireless charging, which were scarce features in its predecessors. Its ANC employs the use of dual microphones. The earphones feature a redesigned 5.8mm driver with a thinner diaphragm to give a claimed improvement in sound quality across the range of frequencies on offer.

As mentioned, the Klipsch T5 II ANC and Klipsch T5 II ANC Mclaren Edition TWS earphones support Bragi's AI-powered hand-free gesture controls. Users will be able to answer calls by nodding or skip tracks by shaking their head. Klipsch and Bragi announced that more features will be offered in the future. Additionally, it features Dirac HD sound quality that is claimed to improve staging, sound quality, clarity, voice, and bass.

The Klipsch T5 II ANC also get IPX4 certification for splash resistance. The Klipsch Connect App to manage various functionalities of the TWS earphones — EQ presets, access to advanced features, firmware updates, quick setup guides, one-tap access support, and battery status — and is compatible with Android and iOS devices. Both earphones also come with six earbuds of different sizes that Klipsch claims will give a better fit to its users.

The TWS earphones can be charged wirelessly using Qi-compatible chargers. Klipsch claims that the TWS earphones can last up to 7 hours on a single charge and up to 5 hours with ANC switched on. The Klipsch T5 II ANC can provide up to 21 hours of playback with the charging case and up to 15 hours of playback with ANC switched on.