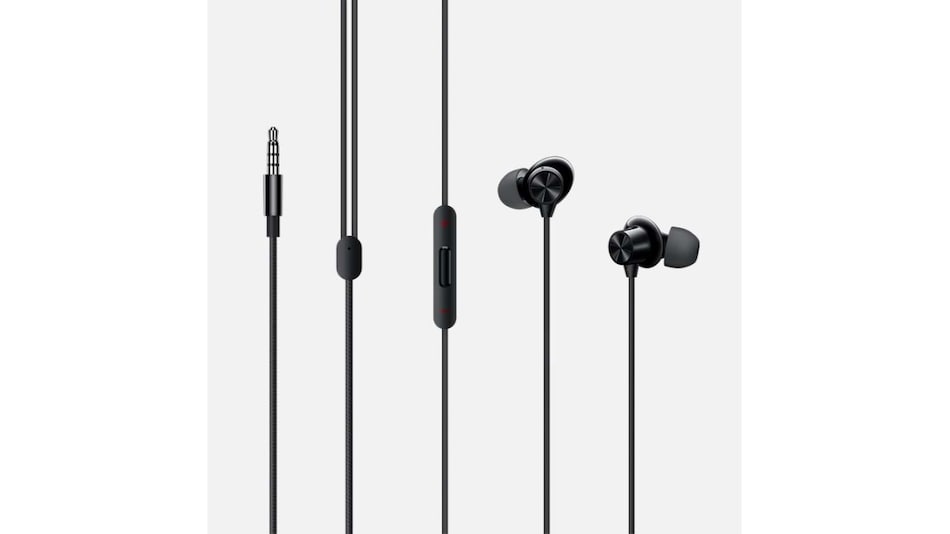 OnePlus Nord wired earphones have been launched in India, priced at Rs. 799. The new wired earphones are among the most affordable of the products the company currently sells in India, and feature 3.5mm wired connectivity for compatibility with devices with a headphone jack. While the company is more focused on the wireless audio segment and has a growing range of wireless neckband and true wireless headsets, the OnePlus Nord wired earphones are for those looking at wired connectivity and have a tight budget of under Rs. 1,000.

The OnePlus Nord wired earphones are priced at Rs. 799 in India, making it the company's most affordable audio headset currently on sale. The earphones will go on sale on September 1, and will be available to buy at OnePlus' online and offline stores, Amazon India, and various other offline retailers including Reliance Digital, Croma, and more across India.

Apart from the OnePlus Nord wired earphones, the company also sells the OnePlus Type-C Bullets, which are meant for affordable, wireless connectivity with smartphones and devices that don't have the 3.5mm headphone jack. The new earphones from OnePlus will go up against various options from Xiaomi and Realme, including the Mi Dual-Driver earphones and Realme Buds 2.

The OnePlus Nord wired earphones feature 3.5mm wired connectivity, and have 9.2mm dynamic drivers. The design and styling of the earphones is similar to that of the OnePlus Bullets Wireless Z2, with the obvious differences of wired connectivity and an in-line remote and microphone instead of the neckband controls.

Apart from the in-line remote and microphone, the OnePlus Nord wired earphones also feature a magnetic clip function for convenient storage when not in use, and are said to be able to control basic playback functions when clipped or unclipped even when connected to a source device. The headset comes with three pairs of silicone ear tips for a customisable fit.