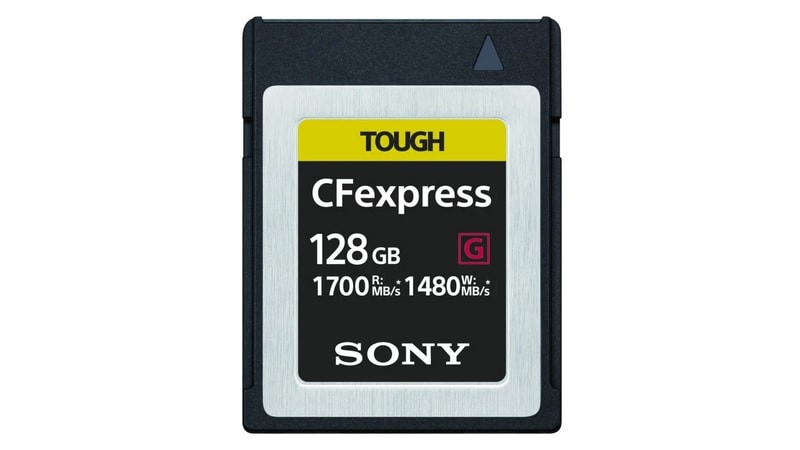 Sony has announced the development of a new memory card meant for cameras – the CFexpress Type B – that has been designed with professional and industrial usage in mind. Aside from promising a blistering fast data transfer speed, Sony claims that the CFexpress is also quite durable and can hold its own in rough working conditions. The Sony CFexpress Type B memory card has been announced in 128GB storage capacity – with 256GB and 512GB also planned for a future release – and is expected to hit the shelves later in summer 2019.

The new storage offering from Sony follows the PCIe Gen3 standard akin to the microSD Express cards that were announced a few days ago. Sony has unveiled the CFexpress Type B memory card in a single 128GB storage variant, however, the company also plans to launch 256GB and 512GB models in the foreseeable future.

Aside from being fast, the new Sony storage offering is also quite sturdy and is claimed to be capable of withstanding up to 70N of bending force and accidental falls from a height of up to 5 metres. Moreover, the company has also announced the MRW-G1 card reader for the CFexpress Type B memory card, and it is also compatible with the Sony XQD card G series and M series of memory cards. The Japanese consumer electronics giant will also bundle the Media Scan Utility and Memory Card File Rescue software tools with the CFexpress Type B memory cards.