VeeFriends NFT Characters to Be Sold as Toys at Macy’s, Toys”R”Us

This toy collection, which will launch on October 17, is intended to allow anybody and everybody to own a VeeFriends character. 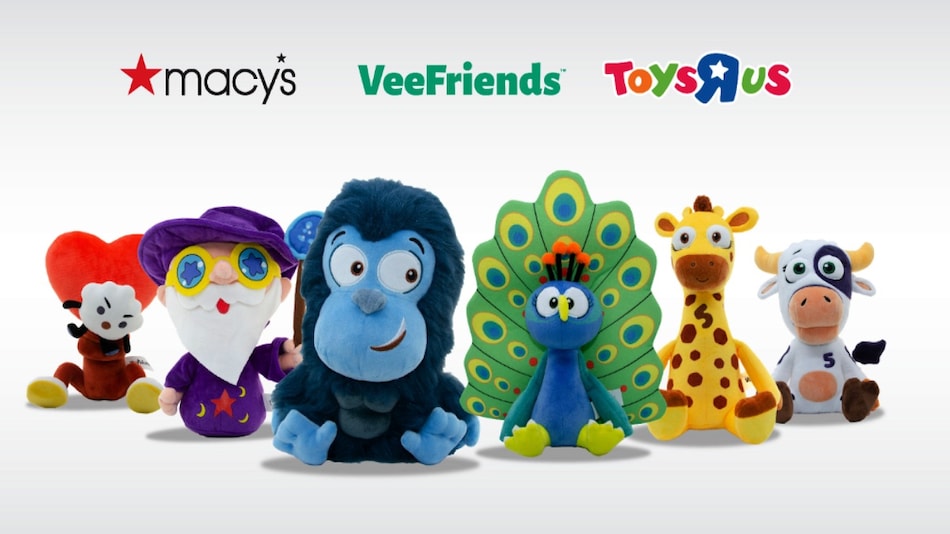 The characters of popular non-fungible token (NFT) series VeeFriends are now being converted into physical toys for children. These toys will be available for purchase at multi-store chains Macy's and Toys”R”Us. Created by entrepreneur Gary Vaynerchuk, the NFT collection was originally launched in May 2021. The collection of digital collectibles features detailed animated avatars of animals as well as humans dressed as astronauts and wizards. VeeFriends reportedly holds the 20th position in terms of all-time NFT collection sales, having churned nearly $240.15 million (roughly Rs. 2,000 crore) in sales since the project launched.

This toy collection, which will launch on October 17, is intended to allow anybody and everybody to own a VeeFriends character, each with a unique QR code that would lead its owner to a 3D animated heartfelt short film or character song.

The verified Twitter handle of VeeFriends posted an official announcement along with a video of NFTs now turned into toys.

“VeeFriends aspires to bring value to our community — selected holders will get first access to claim the collection, and all of our community will get priority to RSVP at the in-store events. It's just one more way we want to connect with our community and show them the development of the IP behind the characters,” said Andy Kraniak, President of VeeFriends, in an official blog post.

NFTs have, in recent years, emerged as a popular element in the Web3 sector that are playing a crucial role in driving adoption of virtual digital assets.

The adoption of NFTs as physical items also seems to be picking pace as a trend.

Back in January, luxury jewellery brand Tiffany & Co. announced the sale of 250 pendants, embedded with diamonds and gemstones, inspired by CryptoPunks NFT pieces.

Launched in 2017, CryptoPunks is a popular NFT collection built by Larva Labs on the Ethereum blockchain. Digital collectibles from this series have 10,000 avatars of art characters resembling humans and animals. All the pieces are unique and differ from one another.

NFTs or non-fungible tokens are digital collectibles that are built on blockchain networks, inspired by real-life stuff like clothes and shoes as well as virtual characters like games characters.