Plus how to watch the Harry Potter special in the UK, Australia, Russia, Italy, Spain, Portugal, Central Europe, and Nordic regions. 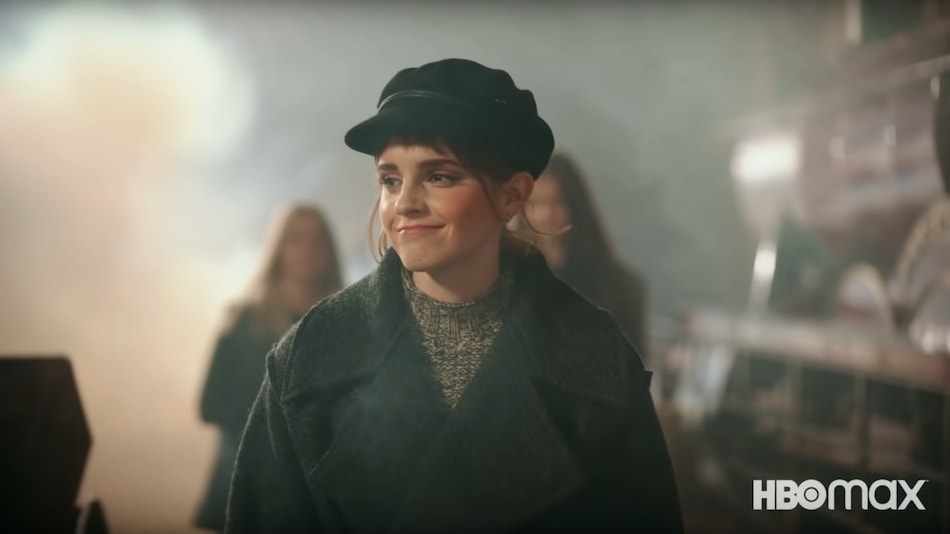 Meanwhile, Warner Bros. has revealed platforms and release dates for other territories. Harry Potter 20th Anniversary: Return to Hogwarts is out January 1, 2022 on HBO Max in the US (from midnight), Spain, and Nordic regions, Sky Max and Sky Showcase in the UK, HBO Go in Portugal, Sky Cinema Harry Potter, Sky Uno, and NOW in Italy, Amediateka in Russia, and Foxtel in Australia. Additionally, the Harry Potter reunion special is coming to HBO Go in Central Europe (Hungary, the Czech Republic, Slovakia, Poland, Romania, Bulgaria, Slovenia, Croatia, Serbia, Montenegro, Macedonia and Bosnia & Herzegovia) but there's no release date yet.

“Think of a powerful memory. Make it the happiest you can remember,” Radcliffe says at the start of the Harry Potter 20th Anniversary: Return to Hogwarts trailer, as we see him walking through Diagon Alley, and Watson taking a trip on Platform 9 ¾ and smiling to herself. “It feels like no time has passed, and loads of time has passed,” Watson continues as she hugs a fellow Harry Potter cast member at the reunion. “I think it is the perfect time to sit down with everyone and reminisce,” Grint adds in a talking head interview elsewhere.

Radcliffe's voice returns as he says: “The thing that scared me the most was the implication that the most meaningful thing in our life was done, and there's something so joyous about seeing everyone, and be like ‘It wasn't though.'” Meanwhile, the Harry Potter: Return to Hogwarts trailer gives us glimpses of Matthew Lewis (Neville Longbottom), Evanna Lynch (Luna Lovegood), Bonnie Wright (Ginny Weasley), James and Oliver Phelps (Fred and George Weasley), plus Helena Bonham Carter (Bellatrix Lestrange) sharing a chat and a laugh with Gary Oldman (Sirius Black).

“One of the highlights of my part was when I had to pretend to be Hermoine [Granger, Watson's character] pretending to be Bellatrix,” Carter then reveals of a pivotal scene in the later Harry Potter movies, and then adds to Radcliffe in the flesh in the Harry Potter 20th Anniversary: Return to Hogwarts trailer: “I've still got the teeth actually. I'll put them in if you want.”

Ralph Fiennes, who played Voldemort, shares an anecdote about how he was pushed by his family to take upon the role. “My sister has children who were then around 10, 11, 12 and I said ‘Martha, I don't know about this Voldemort,'” Fiennes says unexcitedly before switching into his sister's excitement levels in the Harry Potter: Return to Hogwarts trailer: “‘What? You're being asked to play Voldemort?! You've got to do it!'”

“I wouldn't be the person I am without so many people here,” Radcliffe adds in the Harry Potter: Return to Hogwarts trailer. Grint says in what feels like a response: “It's a very heartwarming thing ‘cause I've watched you grow up, and I've seen kind of every stage of your life.” Watson says elsewhere: “When things get really dark and times are really hard, there's something about Harry Potter that makes life richer.” Grint says: “It's a strong bond that we'll always have. We're family. And we'll always be part of each other's life.”

In addition to much of the Harry Potter cast, Return to Hogwarts will also feature franchise directors Chris Columbus, Alfonso Cuarón, Mike Newell and David Yates, alongside producer David Heyman. It will also include “comments” from the controversial Harry Potter author J.K. Rowling, HBO Max and Warner Bros. said.

Harry Potter 20th Anniversary: Return to Hogwarts is out January 1, 2022 on HBO Max, HBO Go, Amediateka, Foxtel, and Sky properties around the world. A platform for India is not known yet, but the Harry Potter reunion special will release here, as Gadgets 360 had previously reported.