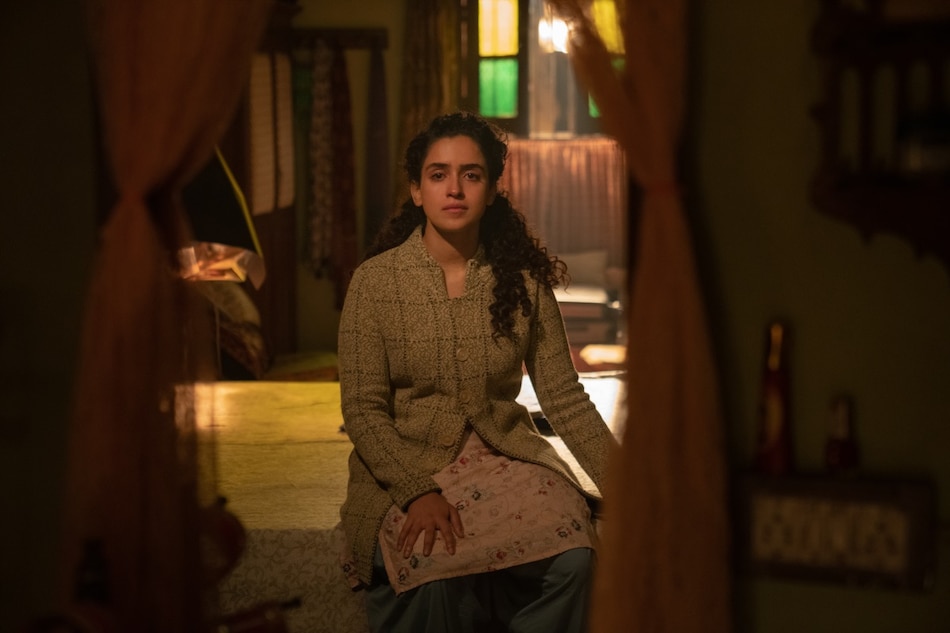 Netflix has announced three originals so far for March 2021. First up is Bombay Begums from Alankrita Shrivastava (Lipstick Under My Burkha), a series about five ambitious women in modern-day Mumbai, starring Pooja Bhatt, Shahana Goswami, Amruta Subhashm, and Plabita Borthakur. Then there is another title with the city in its title — Bombay Rose, Gitanjali Rao's animated film that went to the 2019 Venice Film Festival. It was originally set for December but then got delayed. Both Bombay Begums and Bombay Rose arrive on International Women's Day, March 8. The third Netflix Indian original is Sanya Malhotra-led Pagglait, releasing March 26 worldwide.

If you've stayed away from cinemas since they reopened, you might also be interested in the Kiara Advani-starrer coming-of-age Indoo Ki Jawani. Three months after a delayed theatrical debut, Indoo Ki Jawani storms onto Netflix on March 2 (brought forward nine days from the original March 11 Netflix premiere). That's all from India on Netflix in March 2021.

Internationally, Money Heist creators deliver a new Netflix original called Sky Rojo on March 19, following three sex workers on the run from their pimp. Amy Poehler directs and stars in Moxie, based on Jennifer Mathieu's novel of the same name. Moxie is available March 3 on Netflix. Michelle Obama features in a children's cooking series called Waffles + Mochi, out March 16, about the titular puppets who explore food and culture as they travel the world. March 12 is Yes Day, with Jennifer Garner and Edgar Ramírez granting their three kids' every wish. And The Irregulars on March 26 brings a drug-addled Sherlock Holmes who takes the credit for supernatural cases solved by teenagers.

It's already been cancelled after its international premiere on NBC's Peacock (yes, that's a streaming service), but if you're an Aldous Huxley fan, you might want to check out Brave New World, on Netflix in India from March 1. It's led by Alden Ehrenreich (Solo: A Star Wars Story).

March 2021 also brings a couple of interesting documentaries. Formula 1: Drive to Survive has already proven its credentials. Season 3 rolls in March 19 globally. The other one is Operation Varsity Blues: The College Admissions Scandal, available March 17. That mouthful of a title is quite self-explanatory; it follows the investigation into rich and famous parents bribing top American universities to secure admission for their hapless kids.

With that, here's the full list of movies and TV shows coming to Netflix India in March 2021. We've marked Netflix Original titles in bold for your convenience.

March 1
Alice: Season 1
Along Came a Spider
Ask the Sexpert
Banyuki (2009)
Biggie: I Got a Story to Tell
The Bold Type: Seasons 1–4
Brave New World: Season 1
Connected (2021)
Do You Like Brahms?: Season 1
Focus (2015)
He's Just Not That Into You
How to be Really Bad
Inside Job
Mary, Queen of Scots
Mean Girls 2
A Perfect Day for Arsenide: Season 1
The Prestige
Reservoir Dogs
Searching for Bobby Fisher / Innocent Moves
Seven Souls in the Skull Castle
Shaun the Sheep: Adventures from Mossy Bottom: Season 1
Stardust (2007)
The Walk

March 30
Octonauts & the Ring of Fire

PlayStation Users to Get Free Games Until June as Part of 'Play at Home', PS Plus March Games Announced
Godzilla vs. Kong, Snyder’s Justice League, and More: March Guide to Netflix, Disney+ Hotstar, and Prime Video