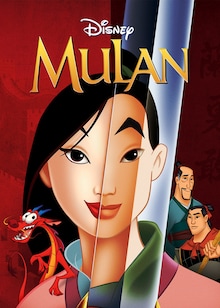 Mulan (Ming-Na Wen), daughter of aged warrior Fa Zhou (Soon-Tek Oh), is fearful that her ailing father will be drafted into the Chinese military, so to save him from death, she takes the charge.

Living under a patriarchal regime, Mulan is technically unqualified to serve in the military, but she cleverly impersonates a man, takes her father's place, and goes off for the war with fellow recruits.

Accompanied by her dragon, Mushu (Eddie Murphy), she smartly wards off a Hun invasion and becomes one of China's greatest heroines. During the process, Mulan falls in love with a dashing captain, Li Shang (BD Wong). Rating 71
Rate this Movie
Your Rating