As per cinema listings in the US, the Black Panther sequel clocks in at 2 hours and 41 minutes. 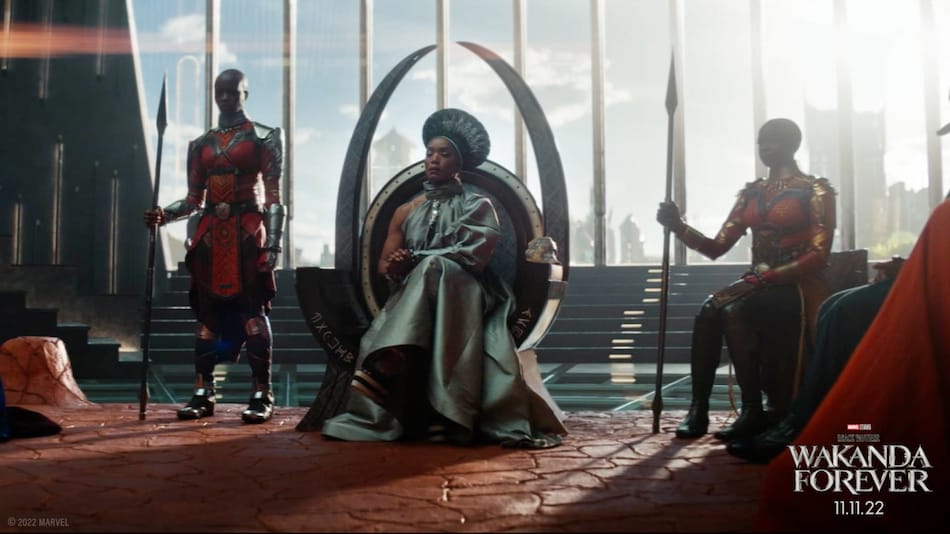 The Black Panther sequel will explore the world of Wakanda, with its characters and culture in focus

2019's Avengers: Endgame holds the record for the heftiest runtime in MCU, boasting 3 hours and 2 minutes. Until now, it was followed in second by Chloé Zhao's Eternals, running 2 hours and 37 minutes. Coogler's Black Panther: Wakanda Forever, however, seems to have edged over the epic with an additional four minutes. For comparison, the first Black Panther film — released in 2018 — ran 2 hours and 14 minutes, making the sequel about 27 minutes longer. As per The Hollywood Reporter, Disney has confirmed the said runtime.

That said, Black Panther 2 won't be the longest superhero film to hit theatres in 2022. The record is currently held by rival DC Comics' The Batman — released in March — which came in at 2 hours and 56 minutes. Not to mention, the overall record holder would be 2021's Zack Snyder's Justice League — released on HBO Max, and video-on-demand in India — clocking in at 4 hours and 2 minutes.

Details regarding the Black Panther sequel are scarce, but it delves deeper into the world of Wakanda and its cultural and character aspects that were introduced in the 2018 film. Marvel Studios unveiled a trailer at the San Diego Comic-Con, earlier this year, which teased a new Black Panther incarnation, Dominique Thorne as Ironheart, and new antagonist Namor. Speaking to Empire, earlier this week, the actor Tenoch Huerta confirmed that his Sub-Mariner character will retain its mutant ancestry.

This is a major step forward for the MCU, which plans for an eventual X-Men reboot. Moreover, Ryan Reynolds confirmed in a tweet that Hugh Jackman would be returning as Wolverine in the upcoming Deadpool 3. The film is set to release in September 2024 in theatres.