And 18 seconds of behind the scenes an airplane heist thriller. 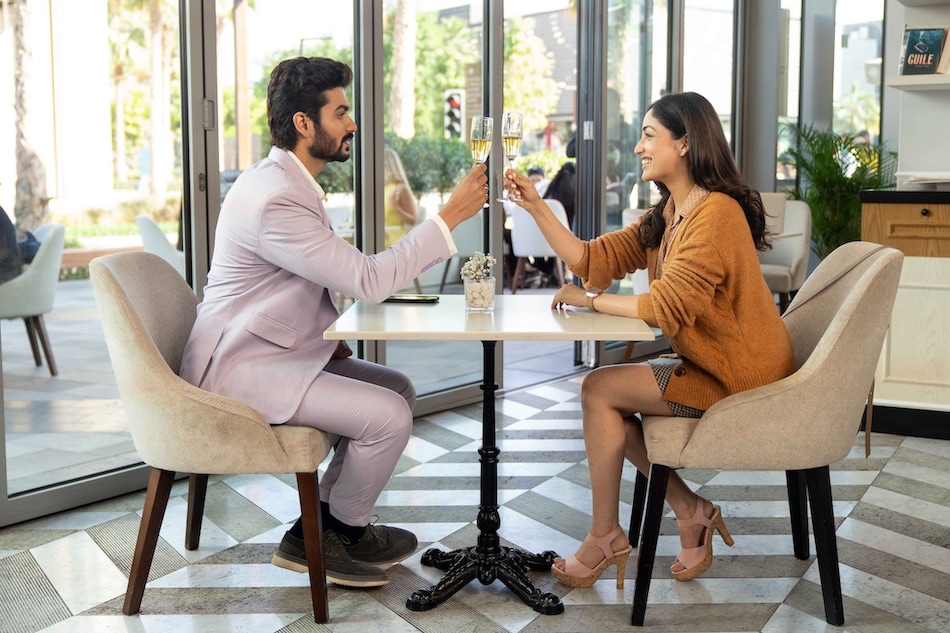 Chor Nikal Ke Bhaga is now a Netflix original. On Monday at an event in Mumbai, the world's biggest subscription-based video streaming announced that the Yami Gautam Dhar and Sunny Kaushal-led heist thriller was coming to its platform. Alongside, Netflix unveiled five first-look images from Chor Nikal Ke Bhaga, along with an 18-second behind-the-scenes first look at Chor Nikal Ke Bhaga, which showcases the cast members on set with their director. It also reveals how airplane sets work, with the sides of the fuselage opening like the gull-wing doors on a supercar. In addition to Gautam Dhar and Kaushal, Chor Nikal Ke Bhaga also stars Sharad Kelkar (Operation Romeo).

For all five first look images, head to our home for Chor Nikal Ke Bhaga Maddock Films had reportedly been developing Chor Nikal Ke Bhaga for a while under producer Dinesh Vijan — who considered directing the film himself at one point — and the movie has finally found a home in Netflix. Ajay Singh is the new director on Chor Nikal Ke Bhaga. A tweet by Netflix India mentions writers Siraj Ahmed and Trishant Srivastava, but there's no official confirmation in what capacity they are involved in. Gadgets 360 has reached out to Netflix.

“Chor Nikal Ke Bhaga traces the story of a heist that goes wrong when a plane gets hijacked, and the series of events that follow,” Singh said in a prepared statement. “It has been a great experience working with Maddock on this film, and I am elated to collaborate with Netflix and present the film to an audience across the globe.”

Vijan added: “Yami and Sunny both have been exceptional in their last respective releases. To cast them together and bring this film to life has been an absolute delight. Maddock's past association with Netflix for Mimi and Dasvi has been very successful, and now we're looking forward to releasing Chor Nikal Ke Bhaga on their platform, and have a global audience for the film leveraging their reach.”

Amar Kaushik is also a producer on the Netflix film, alongside Vijan. In a statement, Kaushik added: “Chor Nikal Ke Bhaga is a very special film for me, as it is my first as a producer with Maddock Films. [Dinesh] and I both loved the script when we heard it for the first time itself. We're looking forward to associating with Netflix, and are eager to present it to audiences around the world."