The next big sci-fi adventure from Denis Villeneuve is on its way. 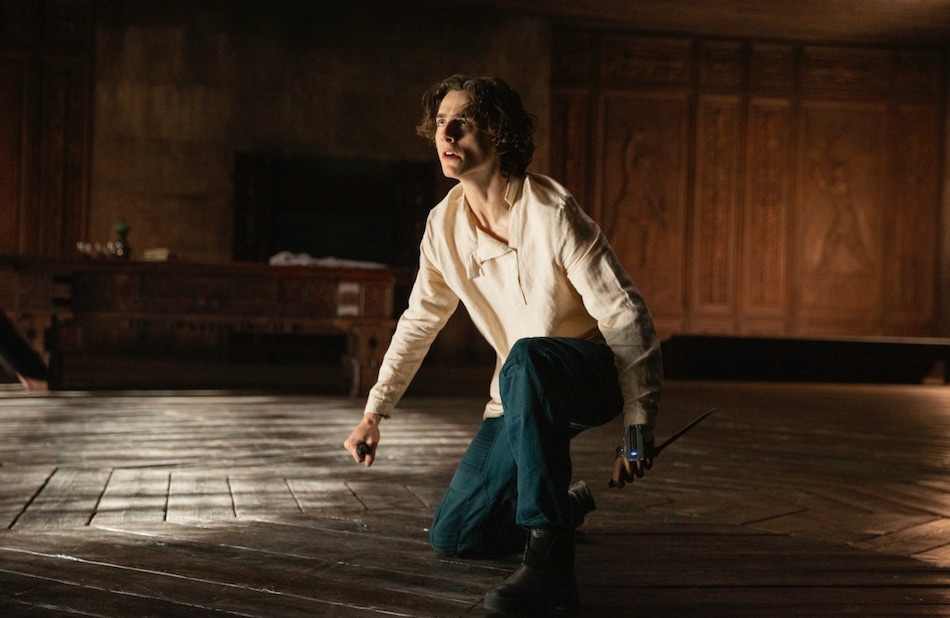 The first Dune trailer will be released on Wednesday, September 9, Warner Bros. has announced in a teaser trailer, which features three seconds of first look footage with Timothée Chalamet, an iconic line from Frank Herbert's 1965 epic sci-fi book, and the first strings of Hans Zimmer's original score for Dune. It also includes a look at the faces of Dune's star-studded cast, including Chalamet, Rebecca Ferguson, Oscar Isaac, Josh Brolin, Zendaya, Jason Momoa, and Javier Bardem. Directed by Denis Villeneuve (Arrival), Dune is set to be the first film in a two-part adaptation.

“Fear is the mind killer,” Chalamet says in the 45-second Dune teaser trailer. “Fear is the little-death that brings total obliteration. I will face my fear and I will permit it to pass over me. Where the fear has gone, there will be nothing. Only I will remain.”

Villeneuve directs Dune off a script he co-wrote with Jon Spaihts and Eric Roth.

Here's the official synopsis for Dune, from Warner Bros.:

“A mythic and emotionally charged hero's journey, Dune tells the story of Paul Atreides, a brilliant and gifted young man born into a great destiny beyond his understanding, who must travel to the most dangerous planet in the universe to ensure the future of his family and his people. As malevolent forces explode into conflict over the planet's exclusive supply of the most precious resource in existence—a commodity capable of unlocking humanity's greatest potential—only those who can conquer their fear will survive.”

Dune is currently slated to open December 18 in cinemas worldwide.