Hawkeye Spin-Off Echo From Marvel in Development at Disney+: Reports 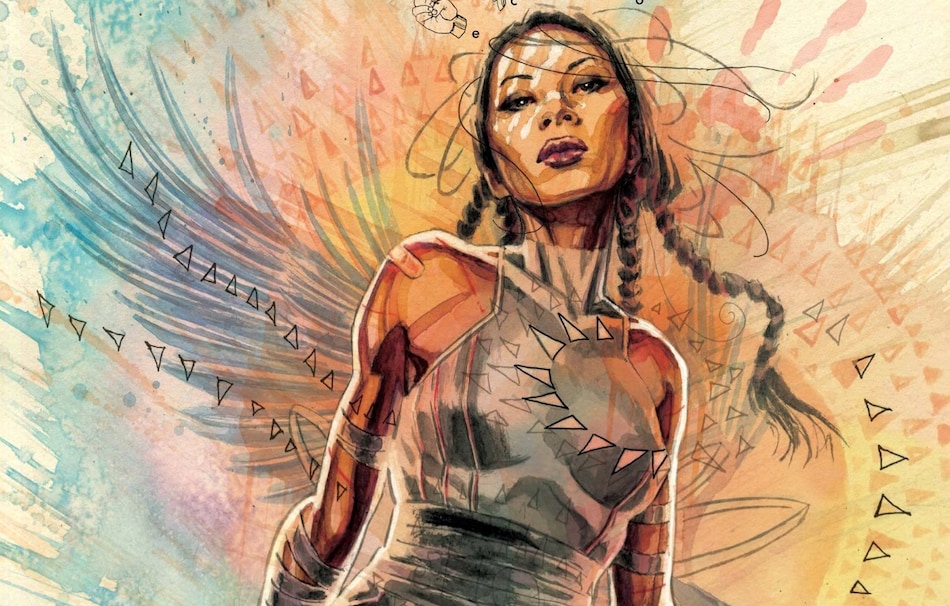 Echo/ Maya Lopez in the comics

Hawkeye — the Marvel series for Disney+ and Disney+ Hotstar — has yet to even finish production, but Marvel Studios is already developing a spin-off based on one of its supporting characters according to a new report. The character in question is Echo/ Maya Lopez, set to be played by Alaqua Cox on Hawkeye. Echo is the first Native American superhero and the second deaf superhero in the Marvel Cinematic Universe. Husband-wife duo Etan Cohen (Tropic Thunder) and Emily Cohen are reportedly set as head writers and executive producers on Marvel's Echo Disney+ series.

Variety first brought word of an Echo series in early development at Disney+ and Marvel Studios, with sister publication Deadline confirming as much a few hours later. Marvel Studios declined to comment, while Cohens' representatives did not immediately respond. There's no word on whether Marvel's Echo Disney+ series will be set before or after the events of Hawkeye, which takes place in the aftermath of Avengers: Endgame and follows Clint Barton/ Hawkeye (Jeremy Renner) as he trains Kate Bishop (Hailee Steinfeld) to take over the mantle. Echo's role on Hawkeye is also unclear.

In the Marvel comics, Echo/ Maya Lopez — created by writer David Mack and artist Joe Quesada in late 1999 — is gifted with photographic reflexes that allow her to perfectly copy someone else's movements, just like the Taskmaster who is going to be introduced in the Scarlett Johansson-led Black Widow, which has been much delayed due to the ongoing COVID-19 pandemic. Her deafness does impact her superhuman abilities, as she's a bit helpless in the dark, and cannot communicate with those wearing masks or helmets.

Hawkeye is set to premiere in late 2021 on Disney+ and Disney+ Hotstar.

LTC Cash Voucher Scheme Ends Soon: Everything You Need to Know and What to Buy