Multiple reports point to more straight-to-streaming releases including Laxxmi Bomb, Sadak 2, Bhuj: The Pride of India, and The Big Bull among others. 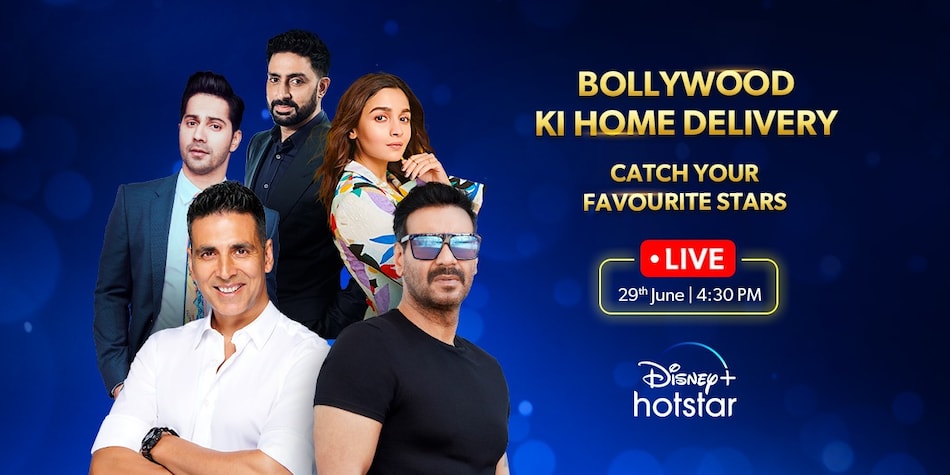 Alia Bhatt. Akshay Kumar. Ajay Devgn. Varun Dhawan. Abhishek Bachchan — those are the big names part of Disney+ Hotstar's next big announcement, slated for Monday 4:30pm, the streaming service announced on its social media handles over the weekend. Disney+ Hotstar hasn't said what it's about but given that it's titled “Bollywood Ki Home Delivery” and it's amid a pandemic that's keeping theatres shut across India, it's likely that it's about Bollywood movies that are releasing straight on streaming. Reports from earlier in June have claimed as much.

Of the five aforementioned actors, Kumar's next film — the horror comedy Laxmmi Bomb — was the first in talks to skip theatres entirely. A report from April claimed that Laxmmi Bomb actor-producer Kumar and director Raghava Lawrence were in “discussions” with Disney+ Hotstar. Laxxmi Bomb was deep into post-production then and was said to be ready by June. Disney-owned Fox Star Studios is the distributor, which likely had a role to play in the film's transfer to a Disney-owned platform.

Fox Star Studios is also the distributor — and co-producer — on Alia's next film, the romantic thriller sequel Sadak 2 from her director father Mahesh Bhatt. In an interview with Press Trust of India, producer Mukesh Bhatt confirmed that Sadak 2 is going straight-to-streaming, a further hint that Sadak 2 is part of Disney+ Hotstar's announcement later today.

According to a Bollywood Hungama report, Devgn is involved in two films that are headed to Disney+ Hotstar, both under his Ajay Devgn FFilms banner. The first is the Devgn-starrer war film Bhuj: The Pride of India, while the second is the Bachchan-starrer biopic The Big Bull.

That leaves Dhawan, whose upcoming films — including the Coolie No. 1 remake — have not been mentioned in any straight-to-streaming conversations. Per Bollywood Hungama, Dhawan is said to merely be hosting the event, and it's “unlikely” that Coolie No. 1 will release on Disney+ Hotstar owing to Varun's father and Coolie No. 1 director David Dhawan's preference for the theatrical model.

Have Apple, Google Silently Installed COVID-19 Tracker on Your Phone? Here’s What You Need to Know
Blackpink ‘How You Like That’ Breaks YouTube's 24-Hour Viewing Record