I Am Groot Release Date Set for August 10 on Disney+ Hotstar, First Look Poster Out

Vin Diesel returns to voice Baby Groot in I Am Groot. 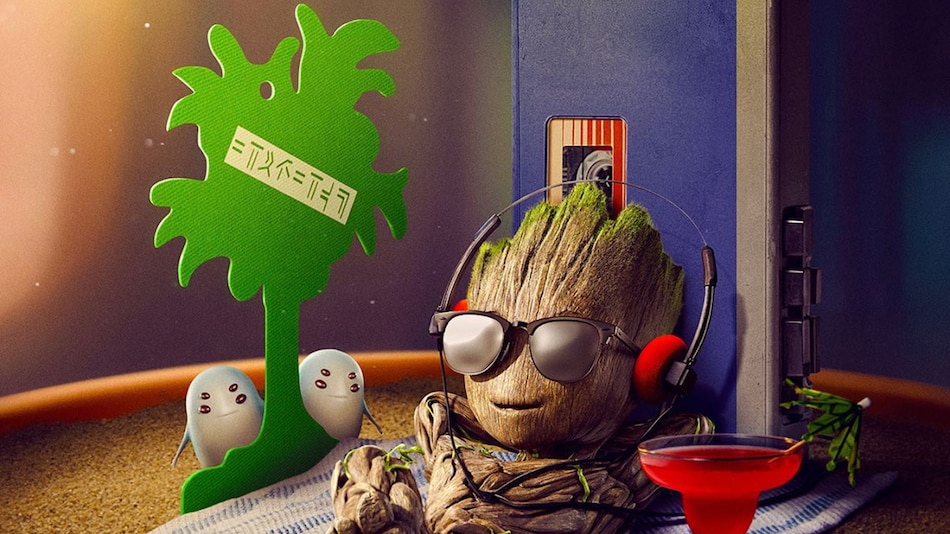 The official poster of I Am Groot

I Am Groot release date and first look poster are out. On Sunday, Disney+ announced that the series of animated shorts I Am Groot, a spin-off from the Guardians of the Galaxy​ movie series, will debut August 10 on the streaming platform. This means those in India will be able to watch it the same day on Disney+ Hotstar. Disney+ and Marvel Studios also shared the I Am Groot first look poster to pique the curiosity of fans. In it, we see Baby Groot sporting sunglasses, as he unwinds with his headphones on. We also get a good look at two, four-eyed penguin-like creatures, who appear to be staring at him.

The Marvel.com post for the I Am Groot first look poster does not specify the number of episodes. Nor does it reveal whether all episodes will be out together, or drop on a weekly basis. Expect these details to be revealed closer to the release date. Given the Marvel Cinematic Universe live-action series She-Hulk: Attorney At Law premieres a week later on August 17, and the fact that previous Disney+ animated spin-off shorts series have dropped all at once, the former seems likelier.

Vin Diesel is set to voice the titular character, just as he has on the Guardians of the Galaxy movies. No word on the rest of the I Am Groot cast. The animated series will be directed by Canadian filmmaker Kirsten Lepore, who is best known for directing the “Bad Jubies” episode from the fantasy animated TV series Adventure Time. Ryan Little serves as the head writer on I Am Groot. As previously revealed, I Am Groot will revolve around “Baby Groot's glory days growing up, and getting into trouble among the stars.”

MCU fans were introduced to Groot in 2014 when the first Guardians of the Galaxy movie released in cinemas. Baby Groot — his pocket-sized variant — subsequently appeared on our screens in 2017's Guardians of the Galaxy Vol. 2 and soon emerged as one of the MCU's most loved characters. Groot has since grown into an adolescent form, as seen on Avengers: Infinity War, which makes I Am Groot a prequel of sorts.

So, will I Am Groot add a new dimension to the walking flora's popularity? We'll find out when the series debuts August 10 on Disney+ and on Disney+ Hotstar wherever available.