Chris Hemsworth’s fourth Thor movie now releases in India before the US and the UK. 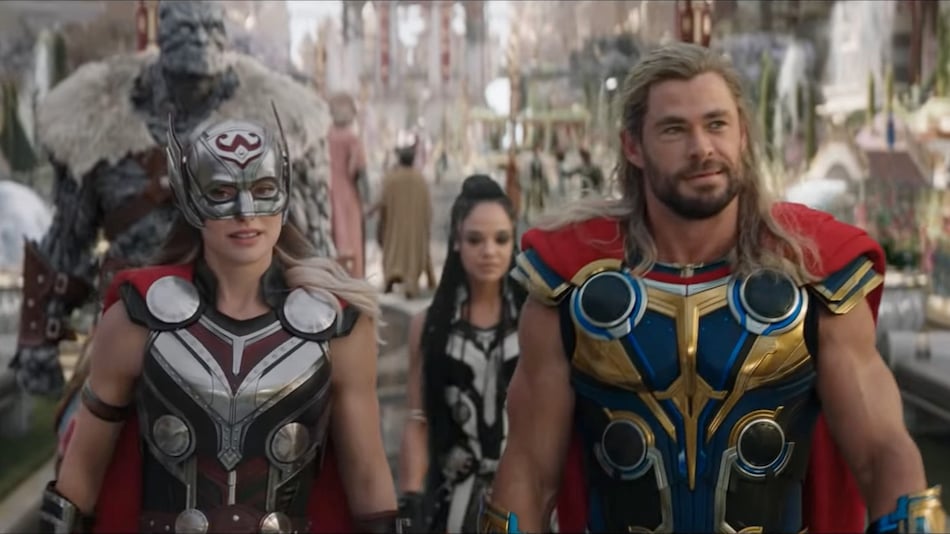 Natalie Portman and Chris Hemsworth in Thor: Love and Thunder

Thor: Love and Thunder will now release Thursday, July 7 in cinemas in India, a day earlier than originally announced. Disney Star and Marvel India revealed the new Thor: Love and Thunder release date in India on Friday via the latter's social media channels, though it provided no reason as to why this was happening. What it does mean is that the fourth Thor movie will release in India ahead of the US, Canada, the UK, and Ireland, where the new Marvel movie is slated to open Friday, July 8. The India release of Thor: Love and Thunder is now in line with Chile, Denmark, Mexico, Malaysia, Portugal, Singapore, and a bunch of other markets.

“Get ready for the ultimate 'THORSDAY'! Marvel Studios' [Thor Love and Thunder] arrives in cinemas in India a day before, on the 7th of JULY,” Marvel India wrote on Twitter and Instagram. In a press note, Disney Star added: “Indian fans rejoice.... Thor is back, this time a day earlier in India!! Marvel Studios' big-ticket cosmic adventure Thor: Love and Thunder to release in India on 7th July, 2022, a day before US release!” With this, two of the last three Marvel Cinematic Universe movies — Spider-Man: No Way Home being the other one — have released on a Thursday in India, a day ahead of their US release.

Get ready for the ultimate 'THORSDAY'! 🤩

Marvel Studios' #ThorLoveAndThunder ❤️+⚡ arrives in cinemas in India a day before, on the 7th of JULY. pic.twitter.com/59CnZnEpQr

Of course, this isn't the only time Disney Star has put India release dates for Marvel movies ahead of the US. This has been happening infrequently going as far back as the first Thor movie, which was released a full week ahead of the US date in 2011. Indian MCU fans were similarly treated for the first get-together movie The Avengers in 2012, with the third and final standalone Iron Man movie in 2013, and the second crossover chapter Avengers: Age of Ultron. During those years, some films — from Ant-Man to Guardians of the Galaxy — were also brought a week late to India. That has rarely been the case since 2015, with the Ant-Man sequel Ant-Man and the Wasp being the only exception.

Thor: Love and Thunder is out July 7 in India in English, Hindi, Tamil, Telugu, Kannada, and Malayalam.