Justice League Snyder Cut has no future, but it’s also denying others one. 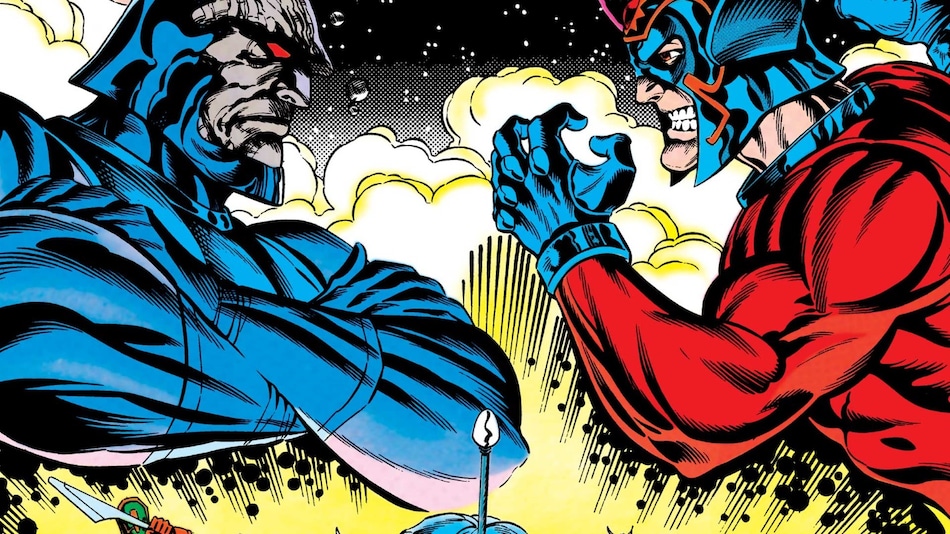 Ava DuVernay's New Gods movie and Aquaman spin-off The Trench have been cancelled at DC Films, Warner Bros. has announced. New Gods — which was to be directed by DuVernay, off a script she co-wrote with comic book writer Tom King — was based on Jack Kirby's characters and would've given us another take on the villain Darkseid alongside Mister Miracle, Big Barda, Granny Goodness and Highfather, all of whom are New Gods from the planet New Genesis. The Trench — which was to be produced by Aquaman director James Wan and written by Noah Gardner and Aidan Fitzgerald — was meant to be a horror spin-off focusing on the villainous Trench kingdom featured in Aquaman.

The Hollywood Reporter first brought word of New Gods and The Trench being shelved with a statement from Warner Bros.: “As part of our DC slate, some legacy development titles including New Gods and The Trench will not be moving forward. We thank our partners Ava DuVernay, Tom King, James Wan, and Peter Safran for their time and collaboration during this process and look forward to our continued partnership with them on other DC stories. The projects will remain in their skillful hands if they were to move forward in the future.” DuVernay addressed the news on Twitter.

Tom, I loved writing NEW GODS with you. I'm upset that the saga of Barda, Scott, Granny, Highfather and The Furies ends this way. Diving into Kirby's Fourth World was the adventure of a lifetime. That can't be taken away. Thank you for your friendship. And remember... #DarkseidIs pic.twitter.com/XyyIjcB8Wv

Warner Bros. is predictably keeping the window open for DuVernay and Wan to return. Interestingly, both THR and Deadline have offered varying reasons as to why their projects aren't moving forward right now though.

New Gods has been scrapped because Darkseid just appeared in Justice League Snyder Cut, THR notes, while Deadline adds that New Gods went beyond the standalone structure that Warner Bros. had in mind for the movie. If the former is indeed true, Zack Snyder's Justice League might be non-canonical and the end of the SnyderVerse, but it's still affecting the future of the DC Extended Universe.

As for The Trench, THR says the spin-off lost out because it has no connect to Aquaman or the rest of the DCEU, while Deadline believes it's due to Wan's busy Aquaman 2 schedule. Aquaman 2 is enough Atlantean action for Warner Bros. right now, THR adds.

Both New Gods and The Trench would've given DC something different than what it's been cooking up, and would've been in line with its dual strategy of DCEU tales and standalone stories. But Warner Bros. CEO Ann Sarnoff has been speaking about how she wants to pursue a unified strategy (again), which involves more and deeper links between its movies, TV shows, and video games — akin to what Marvel has perfected, but which DC has once already failed in doing. It's why there is no future for the SnyderVerse in the DCEU, and why there won't be a Justice League 2 from Zack Snyder.

Instead, DC is focused on crafting a multiverse that will theoretically give it infinite room to craft more adventures. The centrepiece of that is believed to be The Flash, the Ezra Miller-led movie that will involve two versions of Batman and Supergirl, slated for November 2022. Before that, we will get James Gunn's The Suicide Squad soft reboot in August, Robert Pattinson-led The Batman — it's not part of DCEU and exists on an alternate Earth — in March 2022, Dwayne Johnson-starrer Black Adam in July 2022, Jason Momoa-led Aquaman 2 in December 2022, and Shazam! Fury of the Gods for June 2023.

Warner has also begun charting the multiverse future beyond The Flash that involves a Superman reboot from writer Ta-Nehisi Coates, its first Latino superhero movie in Blue Beetle from director Angel Manuel Soto, a Hourman movie from Gavin James and Neil Widener, a Plastic Woman movie with writer Cat Vasko, a Static Shock movie with Michael B. Jordan as producer, and a Zatanna movie from Emerald Fennell. Wonder Woman 3 is also in development with Gal Gadot and Patty Jenkins. Additionally, there are several TV series in development for HBO Max as well.