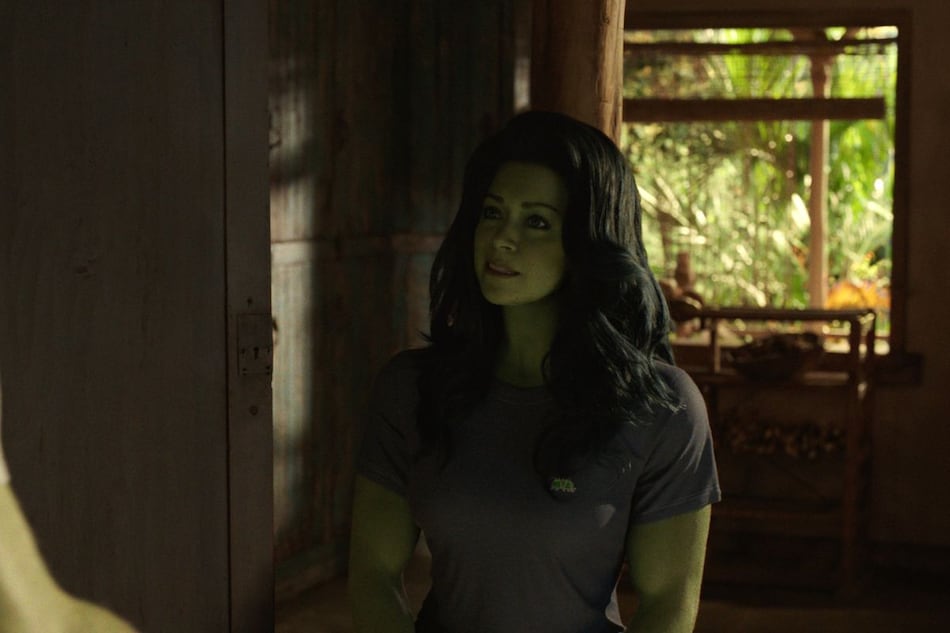 She-Hulk returns to her normal form when asleep

She-Hulk: Attorney at Law has a new trailer — in English, Hindi, Tamil, Telegu, and Malayalam. Marvel Studios unveiled the new She-Hulk trailer at this year's San Diego Comic-Con, starring Tatiana Maslany in the lead, as the bulky, green genetic mutation. And oh, she's also a lawyer. Maslany's title character will be joined by Mark Ruffalo's Bruce Banner and Tim Roth's Emil Blonsky in the latest original series in MCU's Phase 4 lineup. She-Hulk: Attorney at Law is slated to debut exclusively on Disney+ Hotstar on August 17.

This tonally light-hearted She-Hulk trailer kicks off with Banner instructing his cousin, Jennifer Walters (Maslany), on how to channel her strength and anger to become a superhero. She-Hulk: Attorney at Law takes baby steps here, stressing the importance of wearing spandex when turning into the green monster. “This is a multi-year journey you're about to embark on,” says Ruffalo as the Hulk, as he teaches her yoga and other balancing techniques.

Banner also seems to be against the idea of his cousin going back to her life as a lawyer. This scene also hints at some self-aware fourth wall-breaking sequences that could be seen in the Disney+ show. This marks the first MCU live-action series, where the main character is entirely CGI — except for her scenes as a human. The previous trailer had received a ton of flak online, owing to its appalling animations and rendering issues. Judging by this new She-Hulk trailer, you could still see some flaws here and there, though nothing glaringly obvious.

Roth (Reservoir Dogs) plays the antagonist here. Blonsky aka Abomination is a monstrous creature, resembling a bulky variant of the being from Guillermo del Toro's 2017 Oscar-winning picture, The Shape of Water. As far as the lore goes, he is described as a former special-ops commander of the British Royal Marines who was injected with a variant of the Super Soldier Serum. Following his defeat to Hulk, Blonsky himself transfused with Banner's gamma-irradiated blood, causing him to transform into the Abomination.

The She-Hulk trailer also brings in Wong, the Sorcerer Supreme, played by Benedict Wong (Doctor Strange, The Eternals). Details are scarce on his involvement in this story, though he does serve as a harbinger of bad news. “Ms. Walters, we answer to a higher power. Our universe is on the edge of a precipice,” he says.

The end of the She-Hulk trailer also features a surprise cameo from Daredevil, played by Charlie Cox, who is getting his own show — Daredevil: Born Again — in early 2024.

She-Hulk: Attorney at Law will be available for streaming, exclusively on Disney+ and Disney+ Hotstar on August 17. In India, She-Hulk is available in English, Hindi, Tamil, Telugu, and Malayalam.