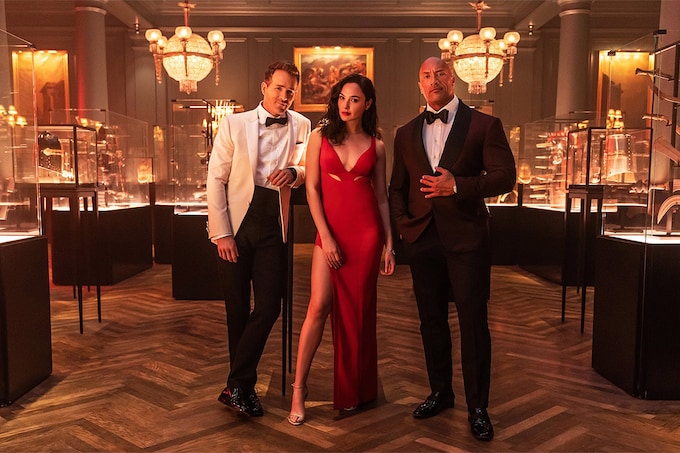 Red Notice — out today on Netflix — is officially an action comedy. But it's not good at either of those main ingredients. Mostly, it keeps throwing a series of one-liners without ever committing to its jokes. The Netflix film, written and directed by Rawson Marshall Thurber (Skyscraper), doesn't have a personality — it screams bland actioner for most of its 117-minute runtime. I saw it earlier this week and I've already forgotten most of its action sequences. That's how unmemorable they are. Essentially, Red Notice is a very run-of-the-mill heist movie with little flair and panache of its own. Except that it features three of Hollywood's leading actors stars. And that is the only reason it exists.