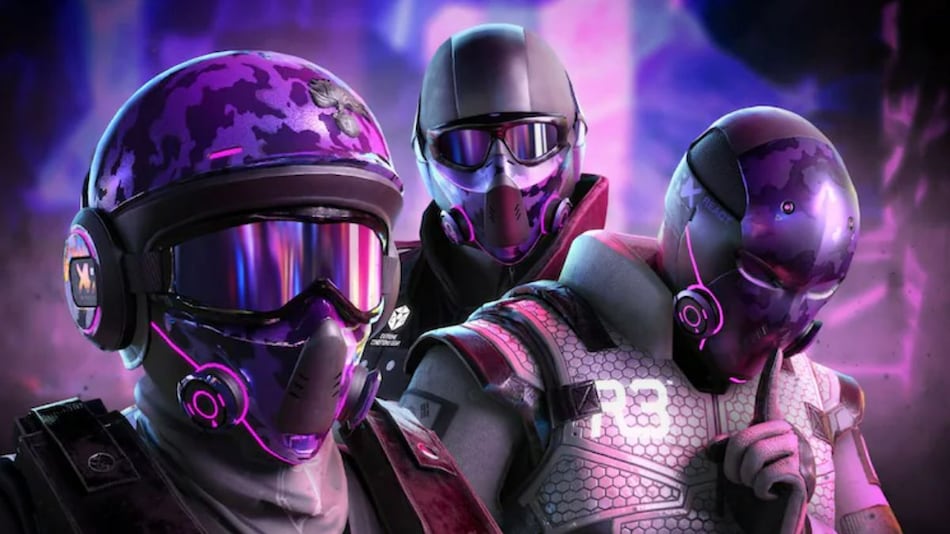 Rainbow Six Extraction — the latest game in Tom Clancy's Rainbow Six franchise — is a multiplayer tactical shooter from Ubisoft that released Thursday, hitting the shelves more than six years after its popular predecessor, Tom Clancy's Rainbow Six Siege. The game was set to release last year but saw a few delays due to the coronavirus-induced pandemic. Rainbow Six Extraction builds up (an alternate) story — but is a spin-off of its predecessor — where players handle 18 operators to fight off the Chimera parasite and the various kinds of alien creatures referred to in game as Archæans.

Set in three cities, Rainbow Six Extraction is solely a PvE co-op tactical shooter from Ubisoft. The game will be available on Ubisoft, Epic Games, Xbox One, Xbox Series S/X, PlayStation 4, PlayStation 5, and Stadia. As mentioned, the new game is a spin-off of Rainbow Six Siege and uses many of its elements, the most prominent of which are the dozen and a half operators.

Here's everything you need to know about Rainbow Six Extraction:

Rainbow Six Extraction is releasing on Thursday, January 20. Players in Asia and Oceania will be able to play the game from 12am AEDT (6:30pm IST on January 19). It was initially scheduled for September 16, but delays due to COVID-19 pandemic led the game to be delayed by more than a few months.

Yes, Xbox Game Pass subscribers will get day one access for free with their monthly subscription. This will include the Standard Edition of the game, not the Deluxe edition.

Is Rainbow Six Extraction on Steam?

No, Ubisoft games are not launched on Steam. However, they can be downloaded through the Ubisoft Store or Epic Games Store.

For Rainbow Six Extraction, players need a minimum of Windows 10. Windows 11 is only mentioned as a requirement for High (1440p) and Ultra (2160p) PC system requirements. Expect the rest of the game to support Windows 11 for all four settings. Furthermore, players need at least 85GB of free space on their PC, but players who wish to play on Ultra (2160p) would need an additional 9GB for HD textures.

The download size for Rainbow Six Extraction on Xbox One S and Xbox One X is roughly 29GB for the Deluxe Edition.

A scene from from the game
Photo Credit: Ubisoft

What is the Buddy Pass? It allows players to invite two of their friends to try the game for 14 days. Post this, if the friends decide to purchase the game for themselves, they will be able to access their saved progression in the game.

The Noxious Touch Pack includes Noxious Touch uniform and headgear exclusively for Alibi operator along with the universal Noxious Touch and Redeemer weapon skins. Players will also get the Jawbreaker and Guardian Angel Charm.

With Obscure Pack, players get the universal Cephal Black and Cerulean skins along with Redacted and Anagram charms. Lastly, the React Strike pack includes the universal Spectrum uniform, headgear, and weapon skins. Furthemore, it also includes the Lockjaw charm, six XP boosters for post launch events and 10 percent discount in the in-game shop.

There is also a third edition of the game — Guardian Edition. This seems to be limited to the physical copies of Rainbow Six Extraction. It includes the base game along with the Noxious Touch Pack and the Buddy Pass.

On Games The Shop and GameLoot, the physical copy of the Rainbow Six Extraction Guardian Edition is priced at Rs. 2,999 for PlayStation and Xbox consoles.

The new Tom Clancy title has 12 locations — called containment zones — across the US. Players will get at least 13 tactical missions to complete in each containment zone. Ubisoft has also mentioned five types of Archæans — Sower, Tormentor, Lurker, Bloater, and Apex — and each have their own special abilities. There is also another type of antagonist in Rainbow Six Extraction called Proteans that are said to be the most dangerous of them all.

During each mission, you have to complete a series of objectives where you start a drop site with two other teammates. Working your way through, you have to finish three objectives that change in each match. If an operator is MIA, you will be assigned an objective to retrieve the missing operator(s). However, the MIA objectives only pop up in the containment zones they were left behind in. Once players reach the MIA objective, they have to shoot and kill the roots of the tree that has captured the operator. It requires good coordination between the team to rescue the operator.

Our Rainbow Six Extraction review takes a mediocre view of the game, noting its poor difficulty curve and chore-like gameplay among many faults.

On reviews aggregator Metacritic at the time of writing, Rainbow Six Extraction holds a 72 Metascore based on 24 critic reviews, that paint a mixed or average reception of the Ubisoft game.

Over on fellow reviews aggregator OpenCritic, Rainbow Six Extraction comes in at 'Fair' grade, with a critics consensus that reads: "While the co-op gameplay is certainly fun, critics were skeptical of Extraction's longevity given its price tag, poor balance, steep difficulty curve, and lack of endgame."

The Gadgets 360 review is part of the OpenCritic rating, and forms the Top Critic average.

Microsoft Acquires Activision Blizzard: 5 Reasons Why This Is the Company’s Biggest Deal Ever
Microsoft HoloLens 2 Mixed Reality Headset Launched in India: All Details