Apex Legends is a free-to-play battle royale game available for PC and consoles. 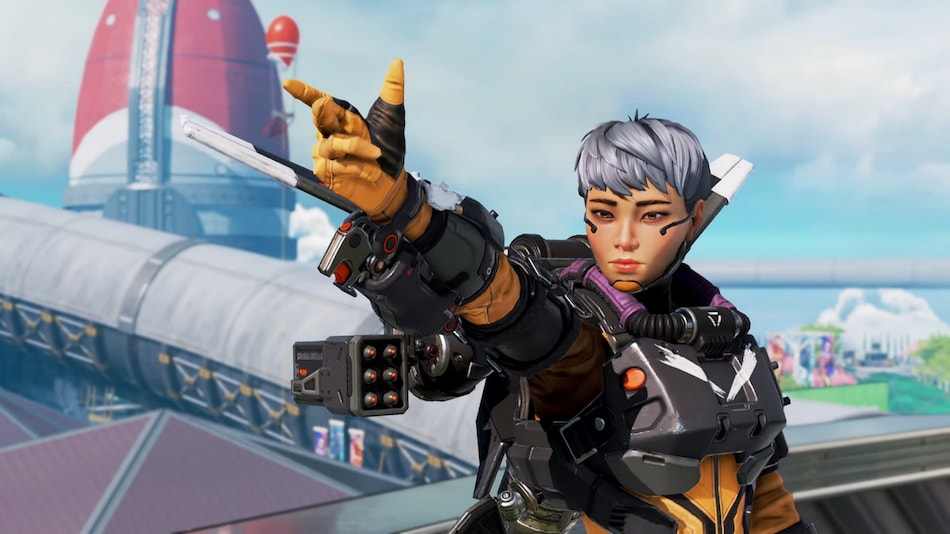 Valkyrie seems to be inspired from the Titanfall franchise

Apex Legends will soon get a new playable character and a 3v3 team deathmatch mode as a permanent addition to the game. The new character or Legend, as they are called in the game, named Valkyrie, a new game mode, along with several new features are part of the upcoming Legacy update for Apex Legends that will start rolling out from May 4. The battle royale game will also get a new weapon, new maps for the Arenas game mode, and more.

Electronic Arts has been teasing the Legacy update for Apex Legends for some time and now. It has now finally shared details of the update. As part of a new game mode called Arenas, which will be a permanent addition to Apex Legends, players will get to experience 3v3 deathmatches with the option to customise their loadouts at the start of every round. The objective here is to eliminate the other team by securing a margin of three wins. Ultimate and Tactical abilities will have limited number of uses in each round of the new game mode.

The 3v3 team deathmatch mode will include maps from within Kings Canyon, World's Edge, and Olympus — the three battle royale maps in Apex Legends. Players will also be able to level up their Battle Pass in both battle royale modes and Arenas.

Another major addition to the game with the Legacy update is Valkyrie, a new playable Legend. The developers describe Valkyrie as “Bold, brash, fiery and fierce”. “Kairi Imahara grew up in the shadow of her father's legacy. But now she's ready to launch her own.” The Legend seems to derive inspiration from developer Respawn's other popular franchise Titanfall, and Valkyrie's abilities show that as well.

Legacy update for Apex Legends also brings a new weapon called Bocek Compound Bow, as well as the Legacy Battle Pass, ranked matches, and more. Legacy update will be released on May 4 for PC and console players.