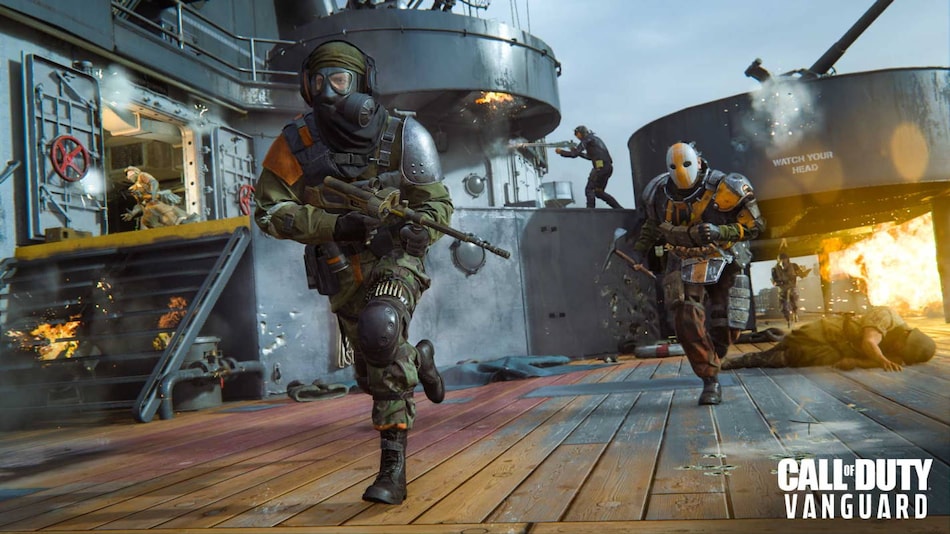 Call of Duty: Vanguard is going free to play this week, Activision Blizzard has confirmed. The free trial offers seamless access to Vanguard's multiplayer component, and is scheduled to run from Wednesday, July 20 until Tuesday, July 26. The promotion is applicable across all major platforms: PS4, PS5, Xbox One, Xbox Series S/X, and Windows PC via Battle.net. Those interested can purchase Call of Duty: Vanguard the trial ends, by navigating to the respective online storefronts. This version also includes the latest Season 4 update which adds a new map to the mix.

The free week of Call of Duty: Vanguard lets you play through the entirety of Multiplayer and Zombies modes — including the newly released Mercenaries of Fortune content. The update introduces a new gold-themed map, Fortune's Keep, which replaces the Rebirth Island map on a temporary rotational basis. Newly added maps such as the USS Texas 1945, and the classic Shi Mo Numa map from 2008's Call of Duty: World at War will also be available this entire week.

????‍♂️ Battle the living dead
???? Level up your weapons and Operator

Play the full Vanguard Multiplayer and Zombies experience for a full week for ???? from July 20 through July 26. Read the #CODBlog for all the details ➡️ https://t.co/LJOyWOZhxj pic.twitter.com/PndERKzV98

The USS Texas 1945 map — based on a battleship — has been described as one that would “test your skills at every turn.” Call of Duty: Vanguard players will experience both long and close-ranged fights as they navigate through the dark interiors of the vessel.

Another interesting area in Vanguard would be the Blueprint Gun game mode, where players are tasked with cycling through 18 different weapons in a free-for-all match. Eliminating a player with your current weapon grants you the next one, while any melee (knife) kills set back your opponent by one firearm.

Finally, the Zombies mode will be set on the Shi no Numa map aka the Swamp of Death. Teams will be armed with electrical traps, and Wonder Weapons that blast highly volatile rounds to ward off the undead. Call of Duty Zombies are always designed for online co-op, so this week would be a great opportunity to play with friends in Vanguard.

Furthermore, until July 31, all editions of Call of Duty: Vanguard are marked at 50 percent off in the Microsoft Store, as part of the Xbox Ultimate Game Sale. Even PlayStation Summer Sale offers similar benefits, where you could grab a Cross-Gen Bundle — that's PS4 and PS5 — of Vanguard at Rs. 2,499.