Players will first go through the Fimbulwinter saga, before preparing and heading into Ragnarök. 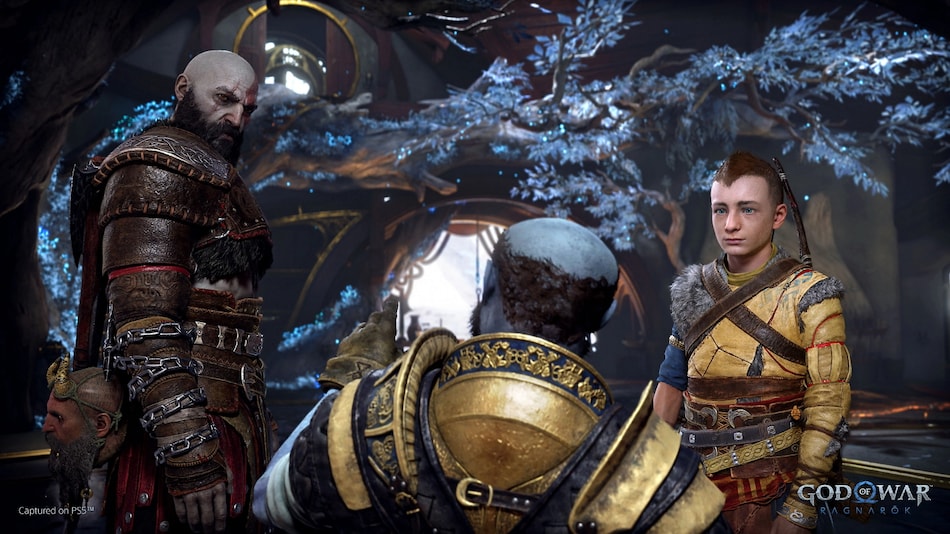 Kratos and Atreus in God of War: Ragnarök

God of War: Ragnarök plot synopsis is here. Sony shared it on the official PlayStation Store for the game, confirming that the story will not just take place during Ragnarök, but also in the events preceding it. Developer Santa Monica Studios had recently premiered a cinematic trailer for the much-awaited sequel — titled ‘Father and Son' — which highlighted some of the world aspects. God of War: Ragnarök is on track to release on November 9, exclusively on the PlayStation 5 and PlayStation 4.

In simple terms, Ragnarök is foreseen as a chain of apocalyptic events that would cause a large number of deaths in the Norse realm. According to the new synopsis provided by PlayStation, players will first go through a Norse saga named Fimbulwinter — often described as a prelude to the apocalypse — and in time make way to Ragnarök. It is during this bleak winter that Kratos and Atreus journey to each of the nine realms in search of answers.

The official God of War: Ragnarök description reads, “From Santa Monica Studio comes the sequel to the critically acclaimed God of War (2018). Fimbulwinter is well underway. Kratos and Atreus must journey to each of the Nine Realms in search of answers as Asgardian forces prepare for a prophesied battle that will end the world.”

Along the way, players can explore stunning locations and mythical landscapes on God of War: Ragnarök, while encountering numerous enemies in the form of Norse gods and monsters. Teaming up with a now teenaged Atreus, the gameplay feels quite similar to the prequel, with Kratos' iconic Chaos blades being the main focus during combat.

Prior to this information, the award-winning God of War developers had never mentioned the involvement of the Asgardian forces in the sequel, besides the Thor tease at the end. Players could expect to make their way into Asgard, as Kratos comes face-to-face with the God of Thunder to resolve their past beef.

Back in June, Estelle Tigani, Cinematics Producer on God of War: Ragnarök revealed on Twitter that she was facing online sexual harassment from some fans. Reasons were mainly attributed to the lack of a release date, as the silence from developers gave the impression of an impending delay. The studio later posted a tweet, speaking out against such behaviour, and asking fans to be respectful and patient.

God of War: Ragnarök is out November 9 on PS4 and PS5. It is currently up for pre-order at Rs. 4,999 for the Standard Edition. The Digital Deluxe Edition, on the other hand, is priced at Rs. 5,599 — and comes with the base game, Darkdale cosmetic kit and blade handles, digital artbook and soundtrack, and a PSN (PlayStation Network) avatar set.