Fortnite's Uncharted Crossover to Have Tom Holland, Nathan Drake Skins From Both Movie and Games

This will mark Tom Holland’s second appearance on Fortnite. 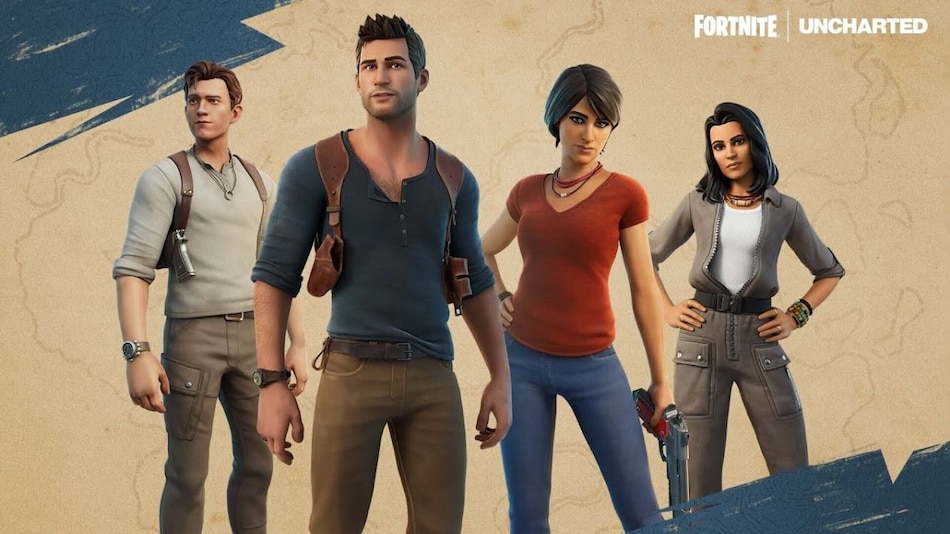 Fortnite has revealed an Uncharted film and video game crossover, coming to the online multiplayer video game on February 17.

Tom Holland will star in Fortnite for a second time, thanks to a new skin that is based on his portrayal of Nathan Drake in the upcoming Uncharted movie that hits theatres on February 18. Sophia Ali's Chloe Frazer is also coming to Fortnite.

In addition to the film versions of Nathan and Chloe, the original Nathan Drake and Chloe Frazier video game characters will also be available inside Fortnite. This follows the late January release of Uncharted: Legacy of Thieves Collection, a PS5 remaster of Uncharted 4 and Uncharted: The Lost Legacy.

Epic Games started teasing the collaboration late on Friday with a treasure hunt website, days after leakers spotted code inside Fortnite that pointed towards an "Uncharted treasure map." Players had to solve a 14-character password, with some creators getting clues along the way. The password, sicparvismagna — the Latin phrase Sic Parvis Magna is part of the Uncharted games — was solved in a matter of minutes, leading to the Uncharted Fortnite crossover trailer.

The trailer only confirms the wearable outfits so far, but there will likely be additional cosmetics as part of this collaboration. Epic Games says the Uncharted items will appear in Fortnite's item shop on February 17, just ahead of the Uncharted movie release.

Uncharted releases February 18 in cinemas in India and around the world.