Pokemon Direct 2017: Every Pokemon Game and Release Date for Nintendo Switch and 3DS You Need to Know 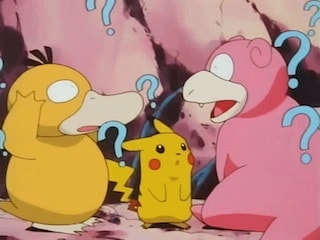 Headlining with Pokken Tournament DX, it will see a release on the Nintendo Switch on September 22, 2017. Much like its predecessors, it is a fighting game. The game contains five new Pokemon, ranked, friendly, and group matches for online play, and there will be a playable demo from June 13. It will be shown off during Nintendo’s Treehouse Live Event at E3 2017.

Finally, it was also confirmed that Pokemon Gold and Silver - two classic Pokemon games from the GameBoy Color era will be re-released via Nintendo’s Virtual Console for the Nintendo 3DS. The games will be available the same day as Pokken Tournament DX - September 22.

Rap Battles, Localisation, and Streaming: How Pokemon Is Relevant in India

As for Pokemon Stars? It seems that the oft-rumoured mainline Pokemon game for the Nintendo Switch was nowhere to be found. Could it be announced at Nintendo’s E3 2017 presentation? Unlikely. Rather, Pokemon Stars, if it exists, could see a 2018 announcement, if at all. If Pokemon Stars is meant to be an enhanced version of Pokemon Sun and Moon, it would essentially be Pokemon Ultra Sun and Ultra Moon. Eagle-eyed forum members of NeoGAF claim that Pokemon Ultra Sun and Ultra Moon was listed as 'TBA' for the Nintendo Switch on The Pokemon Company's website. Though at the moment, it only seems to show the Nintendo 3DS version.