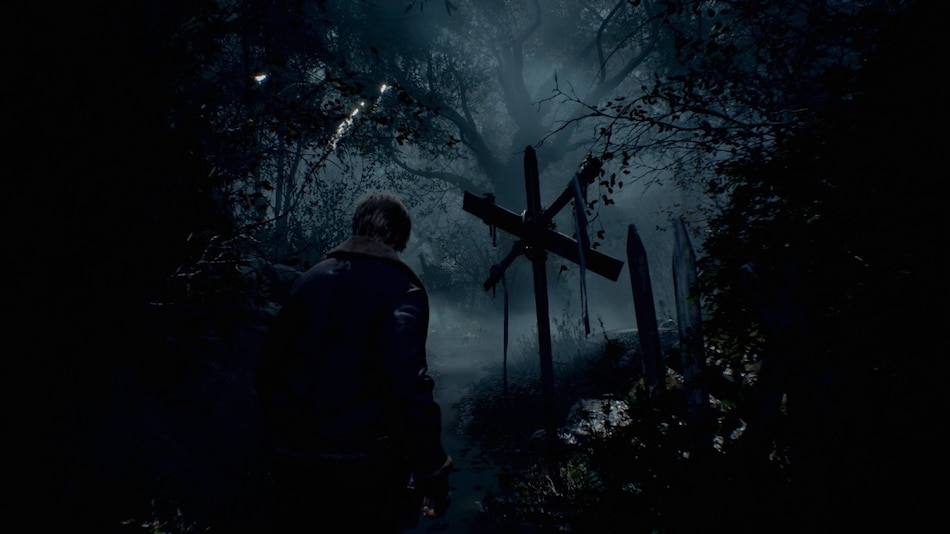 Resident Evil 4 remake just received a gameplay trailer, ahead of its launch in March 2023. At Capcom's Resident Evil Showcase, held early Friday, fans were treated to six-minute-long footage for the hotly-anticipated reimagining of secret agent Leon Kennedy's tale, as he journeys onto a plague-ridden European village. The publisher also confirmed a playable demo for its upcoming Resident Evil Village: Gold Edition, allowing players to test out the third-person mode. The full version launches October 28, across PC, PS4, PS5, Xbox One, and Xbox Series S/X.

As Capcom's hightest-rated game, it was only a matter of time before Resident Evil 4 got rebuilt, from the ground up. Cutting-edge graphics have been used to create a more realistic version of the dreadful village, whilst keeping the essence of the original game intact. The gameplay trailer opens with Leon realistically pushing away tree branches as he wanders deep into the forest, tracking a blood trail that eventually leads to a ghoulish village. Just like in the original game, the secret agent is on the hunt for the President's daughter, Ashley Graham, who is seemingly held hostage by the denizens of the quaint town.

It then cuts to a brief glimpse at combat, with the camera maintaining an over-the-shoulder perspective — akin to the Resident Evil 2 and Resident Evil 3 remakes, bringing some added shakiness during tense chase sequences. Mechanics remain intact, as evidenced by a brief encounter against the pitchfork-wielding Los Iluminados, where gunshots can be followed up with a spinning roundhouse kick and the occasional cheesy one-liners. In terms of melee, Capcom has added a parry move and a myriad of quick-time-events, that aim to deliver a “deeper combat experience.”

The studio has confirmed three editions — Standard, Deluxe, and Collector's, the last of which comes with a special statue, steelbook, and a physical artbook. The Deluxe Edition, however, includes “Casual” and “Romantic” in-game costume sets for Leon and Ashley, with an additional “Hero” and “Villain” outfit reserved for the former.

On Steam, the Resident Evil 4 remake is priced at Rs. 3,599, with the pre-order bonus being an Attaché Case: Gold” and “Charm: Handgun Ammo” — both are customisable wherever typewriters (save points) are located in-game. The Deluxe Edition costs Rs. 4,199, and includes the aforementioned bonuses.

Resident Evil 4 on PS5 costs Rs. 3,999 for the Standard Edition, and Rs. 4,799 for the Deluxe. PS4 owners are required to purchase the latter, allowing you to download both versions and take advantage of backwards compatibility. Those who pre-order the digital version from PlayStation Store will also receive a mini soundtrack.

On the current-gen Xbox Series S/X, Resident Evil 4 remake costs Rs. 3,599 for the Standard Edition, while the Deluce Edition is listed at Rs. 4,199 — same as the PlayStation pricing.

The Resident Evil 4 remake PC requirements come courtesy of its Steam store page, with the common requirements being Windows 10 64-bit operating system and DirectX 12. No word on storage size.

Capcom announced a 60-minute trial version for its upcoming Resident Evil Village: Gold Edition, which is now live across Steam, PlayStation Store, and the Xbox Store.

The edition comes packaged with the first major DLC for the 2021-released game — Winters' Expansion, as players now get the chance to replay the entire story in a third-person mode. Of course, a toggle to switch back to the original first-person perspective is included as well.

Next up is the Shadows of Rose DLC. Presented in a third-person perspective, the campaign follows Rosemary Winters — Ethan's daughter — 16 years after the events of Resident Evil Village. Exploring the warped and twisted realm of the fungal root, Megamycete, Rose must conquer her fears and fend off incoming zombie-like foes.