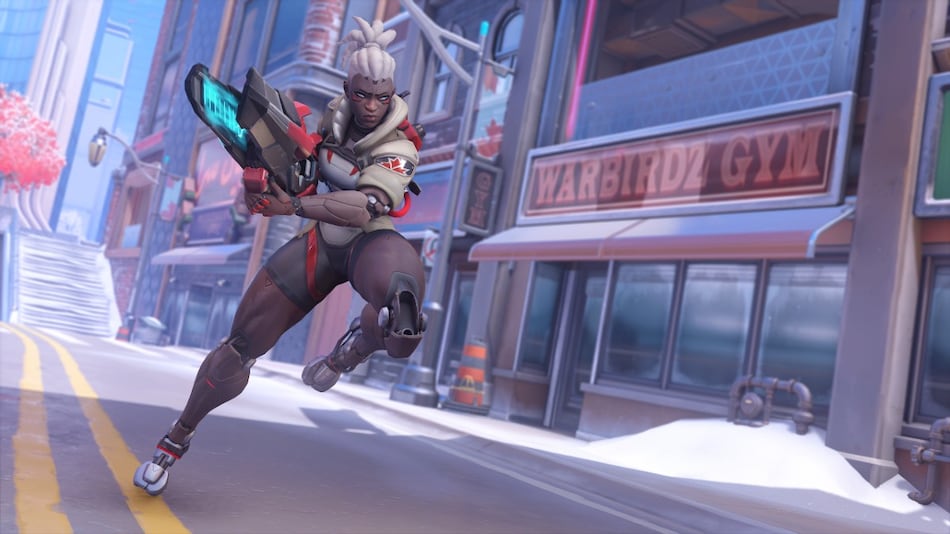 Overwatch 2 beta dazzles you straight away with its stunning graphics that surprisingly do not severely impact its frame rates. But underneath its beautifully designed maps and characters, does this game have enough to warrant being called a sequel? I spent a few hours playing the ongoing closed beta to find out. Instantly, the UI changes are apparent, with the in-game scoreboard now boasting a classic look, which is in line with other first-person shooters out there. The Hero Select menu has also seen some minor adjustments.

Having installed the game on an SSD, the load times were insignificant on PC. Whether I was waiting in the lobby or warming up in a Skirmish, the Overwatch 2 beta smoothly transitioned to the match. Once in the game, I could straight away communicate with my team mates through voice chat. There is also a chat wheel and a new ping system in place for players that do not have a microphone.

On the other hand, the matchmaking wait times in Overwatch 2 beta were abysmal. The Quick Play matchmaking is divided into Tank, Damage, and Support queues similar to the previous game. Tank and Damage queues had wait times of over 5 to 10 minutes, while I had to only wait a couple of minutes to play Support. The Priority Passes had no significant effect on the wait times either. Since this was the first closed beta, I'm hopeful things improve in the future.

In terms of content, disappointingly there aren't many new or significant changes to report. The Overwatch 2 beta currently mostly includes reworked maps from the first Overwatch game, like Eichenwalde and Ilios. Most of the Heroes have also been left untouched except for their updated designs.

Orissa and Doomfist are the only two Heroes to receive major reworks. The developers at Blizzard Entertainment have decided to shift Doomfist from a DPS to a tank. On the other hand, Orissa has been handed a new set of abilities which makes aggressive plays more rewarding.

There is also a new addition to the Hero line-up on Overwatch 2 beta with the introduction of Sojourn. She is armed with a railgun that primarily shoots fast projectiles and has a devastating secondary shot. Sojourn plays very similar to Soldier: 76 and should be an easily accessible Hero for new players.

Overwatch 2 beta introduces a new game mode, Push, that arrives with the Rome map. Here, both teams compete to take control of a common payload, the PushBot, and try to cover as much ground as they can, until the timer runs out, or they reach the final checkpoint.

Perhaps the most significant change with Overwatch 2 beta is the switch from 6v6 to 5v5 matches. Teams now consist of two healers, two DPS, and a solo tank. This transition has appeared to cause some major balancing issues. Most of the games that I played went heavily in favour of the team first to establish control over the objective.

The absence of a second tank on Overwatch 2 beta meant that the team that went behind could not mount a reasonable counterattack. This could be due to the lack of tweaks made to characters that were initially designed for 6v6 matchups.

But this is where the newness ends. The Overwatch 2 beta still feels very similar to its predecessor. I even jumped back into the original Overwatch game to assess the differences. However, despite the graphics overhaul and some tweaks, Overwatch 2 beta fails to bring anything drastically new to the plate, with the majority of the Heroes feeling and playing the same.

So far, Overwatch 2 beta plays like an expansion to the original game, instead of a full-blown sequel. Despite the recent rise in Twitch viewership, Overwatch 2 might also be doomed to an eventual fall into irrelevancy like its predecessor, if Blizzard does not have anything more to offer.

Overwatch 2 beta is live until May 17 only on PC. Blizzard has confirmed that consoles will be included in future betas. We played Overwatch 2 beta with an Intel Core i5-3470 3.2GHz, AMD RX570 8GB, and 8GB RAM.​