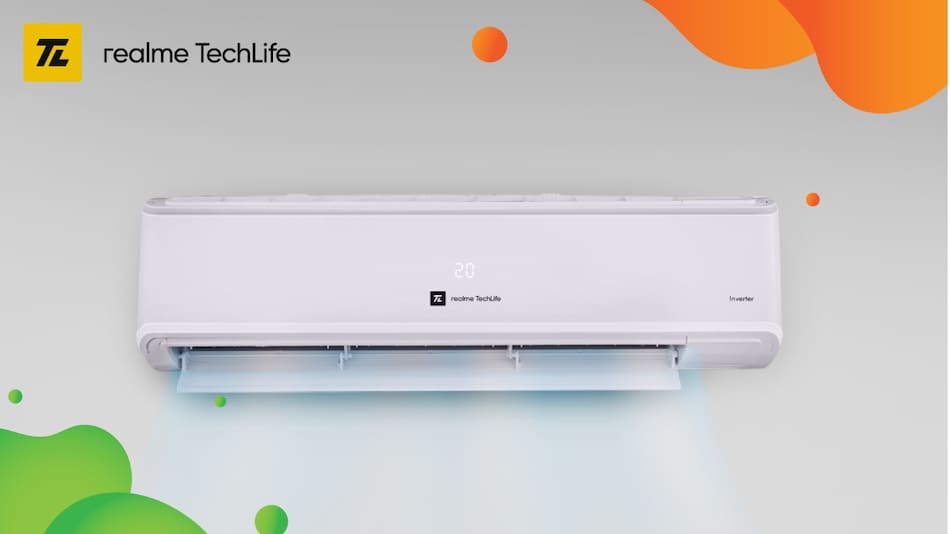 Realme TechLife range of convertible air conditioners was launched in India on Wednesday. They offer cooling at peak temperatures of 55 degrees. The ACs can also alter cooling capacity based on the number of people in a room to save power, and feature an inverter compressor technology, which is claimed to offer faster cooling and longer compressor durability. In order to protect the appliance from moisture, dust, and mould, the ACs also come with an automatic cleaning system, according to the company.

The Realme TechLife convertible air conditioners' pricing starts at Rs. 27,790 for the 1-ton model, while a 1.5-ton model costs Rs. 30,999. While these are four-star models, the company is also selling a five-star 1.5-ton model priced at Rs. 33,490. The ACs will be available for purchase via Flipkart, according to the company.

The new Realme TechLife convertible air conditioners feature an inverter compressor technology that is claimed to preserve the life of the compressor and offer faster, efficient, and precise cooling operation. They are capable of modify the cooling performance based on the number of people in a room for power saving. The ACs come with Dry, Eco, and three sleep modes, and can offer cooling at a peak temperature of 55 degrees, according to the company.

Equipped with an auto-cleaning feature that runs for 30 seconds after being turned off, the Realme TechLife convertible air conditioners are designed to dry water droplets to protect the unit from moisture, dust and mold. The company says that the ACs are equipped with Blue Fin technology, designed to protect the coils from water droplets, salt, and acid deposits. In order to save power, users can also alter the capacity between 40 percent, 60 percent, 80 percent and also “110 percent”, according to the company.

Yelp to Cover Expenses of Employees Travelling Out-of-State in US for Abortions
Apple Mixed Reality Headset Delayed to Early 2023: Report