Amazon will be releasing new titles on Prime Video during the festival sale. 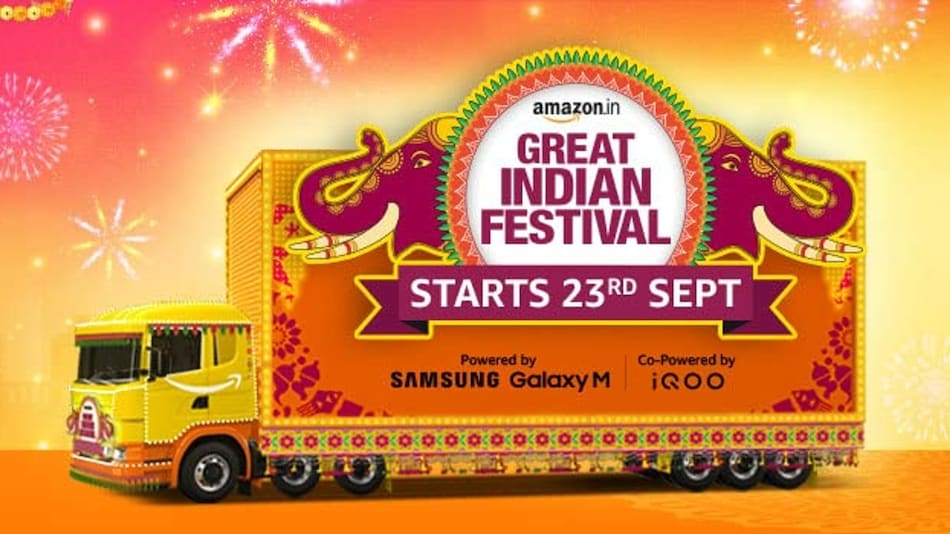 Customers have the chance to get up to Rs. 7,500 discount while using Amazon Pay

Amazon Great Indian Festival 2022 sale will begin on September 23. The e-commerce platform has revealed that during the sale there will be over 2,000 product launches across various categories, including electronics brands like Samsung, iQoo, LG, Xiaomi, Apple, Sony, and more. In addition to various bank offers and exciting deals, Amazon will also run livestreams hosted by industry experts/ influencers. There will be special Live-only discounts offered during these streams as well. Amazon has also planned to release several new titles for Prime Video and miniTV streaming services during the Great Indian Festival 2022.

The Amazon Great Indian Festival 2022 will start from September 23 with Prime members getting early access to the deals, offers, discounts, and more. Amazon has announced that customers can expect over 2,000 new product launches during the sale from popular brands like Samsung, iQoo, Xiaomi, Apple, OnePlus, LG, Sony, and more.

Amazon will also be introducing never-before deals on products from Small Medium Businesses (SMB) affiliated with programmes such as Amazon Launchpad, Amazon Saheli, and Amazon Karigar.

It is also aiming to team up with more than 150 influencers/ experts to host livestreams during the Amazon Great Indian Festival 2022. Customers will discover top deals and ask questions in real-time. In addition, there will be special Live-only discounts available during these livestreams.

Amazon is also offering special discounts to Amazon Business customers who can save up to 28 percent extra on GST invoices. There will also be a 40 percent additional discount on bulk purchases across categories like laptops, desktops, monitors, TVs, and more.

It will also be releasing new titles on Prime Video, including the third season of Four More Shots Please. More blockbusters titles will be revealed as we approach the starting date.