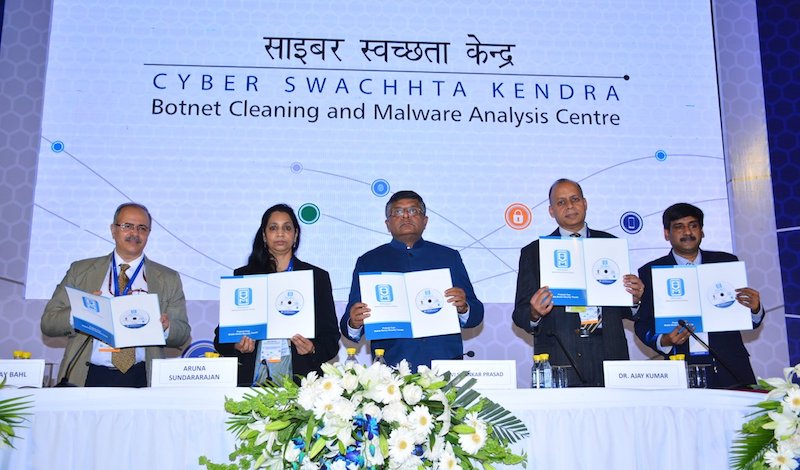 At a time when cyber-attacks are increasing by day, the government through its Computer Emergency Response Team (CERT-in) on Tuesday launched Cyber Swachhta Kendra - a new desktop and mobile security solution for a secure cyber space in the country.

The new solution will notify, enable cleaning and secure systems of end-users to prevent further infections.

The move comes at a time when over 50,300 cyber-security incidents like phishing, website intrusions and defacements, virus and denial of service attacks have been observed in the country during 2016.

"As per the information reported to and tracked by Indian Computer Emergency Response Team (CERT-In), a total number of 44,679, 49,455 and 50,362 cyber-security incidents were observed during the years 2014, 2015 and 2016, respectively," Minister of State for Electronics and IT PP Chaudhary said in a written reply to the Lok Sabha earlier this month.

The Cyber Swachhta Kendra is part of the government of India's Digital India initiative under the Ministry of Electronics and Information Technology (MeitY).

The Cyber Swachhta Kendra complies with the objectives of the National Cyber Security Policy which aims at creating a secure cyber eco-system in the country.

The botnet and malware cleaning analysis centre was announced in 2015 with an outlay of Rs. 100 crores.

According to the new website of the analysis centre, it will operate in close coordination and collaboration with Internet service providers and product/antivirus companies.