Google will also improve ad privacy controls via the My Ad Center later this year. 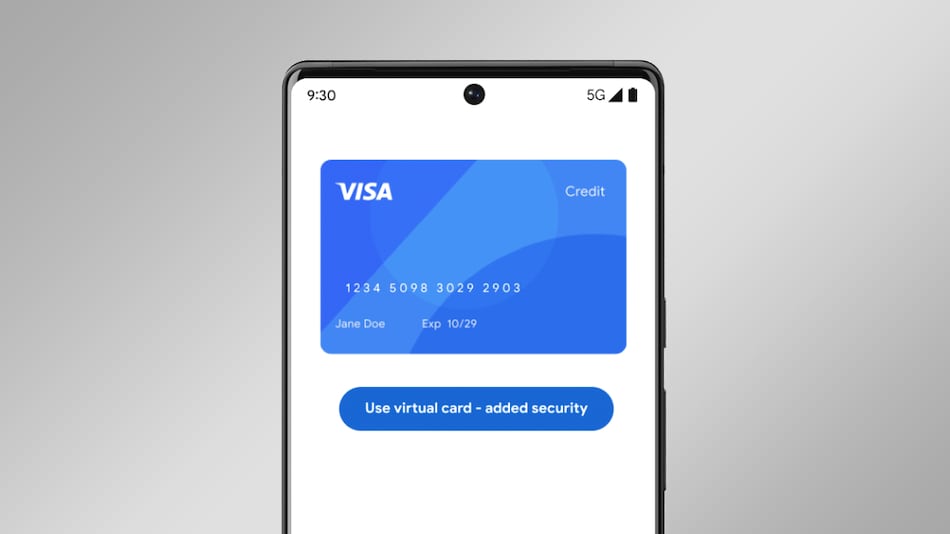 Virtual cards will be supported on Android and on Chrome, according to Google

Google on Wednesday announced improvements to its existing products and services at Google I/O 2022, designed to improve user safety and privacy. At its annual developer conference, the company revealed that it was extending phishing protection to on Google Docs, Google Sheets, and Google Slides. Google will also introduce virtual cards on Chrome and Android later this year, protecting users' payment information when making purchases online. In the coming months, the company will also allow users to request removal of personal information and control ads across Google products.

Users on Google Docs, Sheets and Slides will soon be protected by the same phishing and malware protections available to Gmail users, according to the company. This is expected to prevent threats from shared documents where phishing links could be used to compromise user accounts. Meanwhile, a new Account Safety Status indicator with a yellow alert icon will show up on a user's profile photo to inform a user about necessary actions to secure their account.

Later this year, Google will introduce a new virtual card feature for users in the US, allowing them to replace their card number with a distinct virtual number, while making online purchases. According to Google, Visa, American Express and all Capital One cards will get support for virtual cards in the summer, while Mastercard support is expected later this year. Virtual cards will be supported on Android and Chrome, and users will be able to enable and disable the feature or check recent transactions at the Google Payments website.

Towards the end of the year, Google will also introduce new privacy controls for ads, allowing users to control which brands they see more or less of, and enable or disable personalisation. Users will be able to use Google's My Ad Center to control which ads they see across products like YouTube, Search and their Discover feed — in addition to blocking and reporting ads — according to Google.

In April, Google announced that it was expanding its removal policies related to personal information in search results to all users. In the coming months, the company says it will add the ability to request removal of phone numbers, home addresses, and email addresses via the Google app.

At Google I/O 2022, the company also detailed its efforts to improve cybersecurity on the Internet. With the increasing focus on cybersecurity amid the ongoing conflict in Ukraine, Google announced that it has expanded support for Project Shield to protect more than 200 Ukrainian government entities, news outlets, and other websites and services. Meanwhile, the company says it will continue to work on technologies like Federated Learning, Differential Privacy, and Protected Computing to protect user data via data anonymisation, and restricting access using end-to-end encryption, according to the company.