Great Deals on 2TB Internal (PCIe) SSDs to Check Out

If you're looking for a large PCIe SSD for your computer, here are some options. 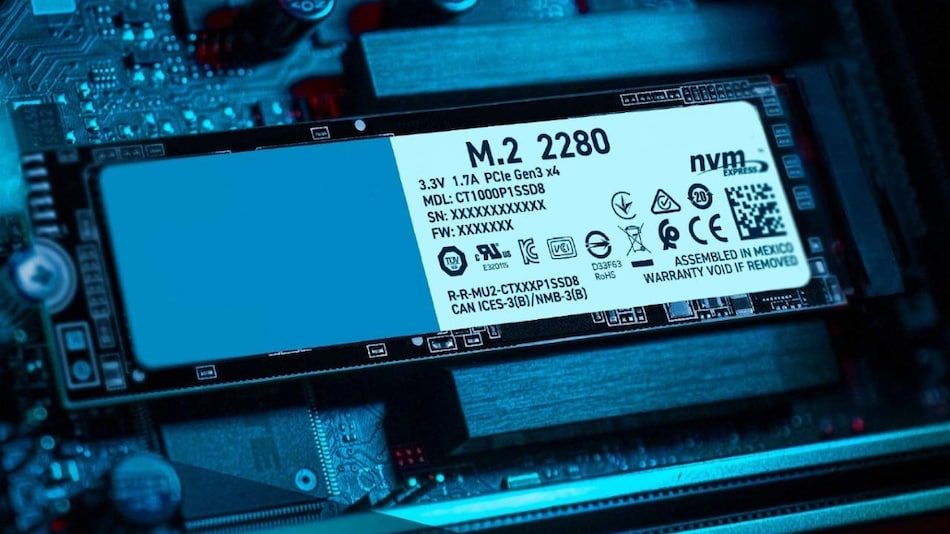 PCIe SSDs are faster than regular SATA SSDs. If you've been looking to make a purchase but are confused about the options available, check out this list.

The Samsung 970 EVO Plus internal SSD is powered by V-NAND technology, and uses PCIe Gen3x4 (NVMe 1.3) interface. The SSD offers low latency and power efficiency making it an ideal offering for gamers, and content creators. It is claimed to offer read speeds of up to 3,500MBps and write speeds of up to 3,300MBps.

The Western Digital (WD) Blue SSD is claimed to offer read speeds of up to 560MBps and write speeds of up to 530MBps. This PCIe SSD has an M.2 form factor, and comes with WD F.I.T. Lab certification for compatibility with a wide range of computers.

WD Blue is claimed to have 1.75 million hours MTBF and up to 500TB total bytes written (TBW) for reliability.

Crucial P2 SSD is claimed to offer sequential read speeds of up to 2,400MBps and sequential write speeds up to 1,900MBps. The SSD comes with features like dynamic write acceleration, error correction, and adaptive thermal protection. It has a full-drive encryption to protect the data.

The Crucial P2 SSD can be managed by software for performance optimisation.

Gigabyte Aorus SSD is claimed to offer read speeds of up to 5,000MBps and write speeds of up to 4,400MBps. It uses PCIe4x4 (NVMe 1.3) interface, and features a full body copper heat spreader that efficiently dissipates heat for optimal performance. It also has 3‎D TLC Toshiba BiCS4 NAND flash for reliable performance.

The Gigabyte Aorus SSD has been rated for 1,800TBW or terabytes written.

Crucial P1 SSD uses the PCIe Gen3x4 interface. It has advertised read speeds of up to 2,000MBps and write speeds of up to 1,700MBps. The SSD uses Micron NAND flash technology for consistent and reliable performance. Other features include Standard Self Monitoring and Reporting Technology (SMART) and Redundant Array of Independent NAND (RAIN) technologies.

Crucial P1 SSD is an ideal offering for gamers and professionals in video production.

The Gigabyte Aorus gaming SSD is claimed to offer sequential read speed of up to 5000MBps, and sequential write speed of up to 4400MBps. It features a 2GB DDR4 cache buffer, and uses PCIe Gen4x4 interface. Other features include wear leveling and over-provision technologies.

Great Deals on 2TB Internal (PCIe) SSDs to Check Out