Nvidia says that laptops with these GPUs will launch starting spring 2022. 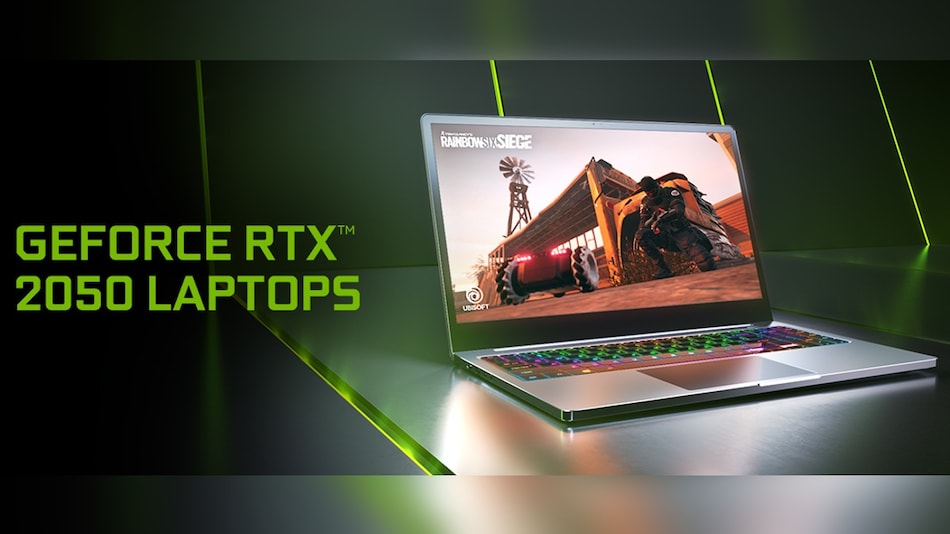 Nvidia GeForce RTX 2050, Nvidia GeForce MX570, and Nvidia GeForce MX550 GPUs for entry-level laptops have been announced. The new Nvidia GeForce RTX 2050 is aimed at offering an affordable choice for gamers and creators. As per the company, the GPU's standard memory configuration is 4GB (DDR6), and it has a 64-bit memory interface width. The other two GPUs are pretty much designed for an accelerated workflow. Nvidia says that laptops with these graphic cards will be available starting in spring 2022.

Nvidia said that its latest GPUs give more choices to gamers and creators. The Nvidia GeForce RTX 2050 GPU is an addition to the company's 20-series graphic cards. It features RT Cores, Tensor Cores, and Nvidia Encoder to enable features such as ray tracing, Nvidia DLSS, Reflex, and Broadcast. Nvidia says that GeForce RTX 2050 also “works seamlessly with Nvidia Optimus technology” for a long battery life and great performance.

Meanwhile, Nvidia GeForce MX570 is claimed to be the company's fastest MX GPU which can accelerate work and play. It features power-efficient CUDA cores and faster memory speeds than previous MX GPUs to enable faster photo editing, video editing, and gaming. Similarly, Nvidia GeForce MX550 is also said to offer better performance and efficiency when editing photos and videos on software such as Adobe Lightroom and Premiere Pro, respectively. The new GeForce MX550 is an upgrade to the GeForce MX450 and comes with more CUDA cores and faster memory speeds.