Grofers has recently rebranded itself as Blinkit, with an eye on speedy deliveries. 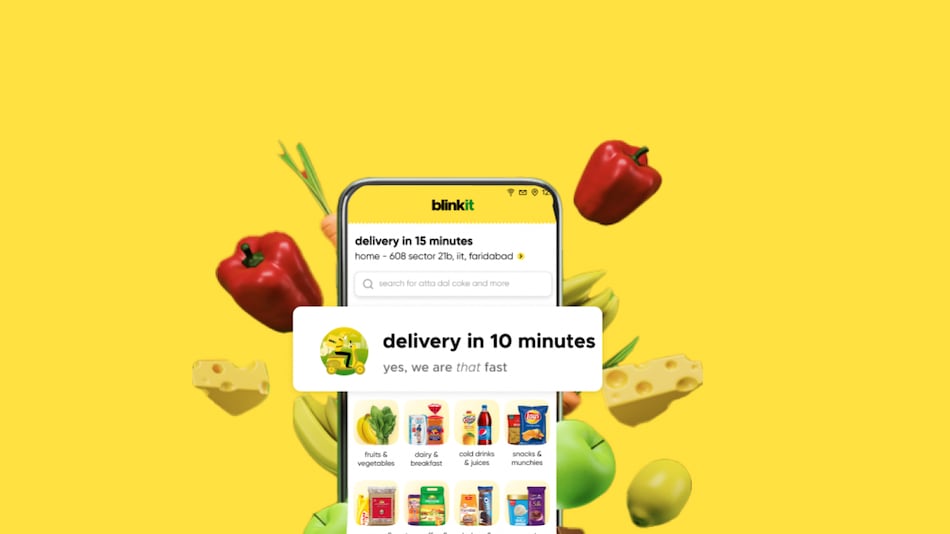 Blinkit, the online delivery platform which was previously known as Grofers, is limiting its operations in India. The company on Monday announced that it will only operate in locations where it can ensure product deliveries to users in 10 minutes. Blinkit is temporarily closing down services in areas where it cannot fulfill deliveries within the said time frame. Grofers recently rebranded itself as Blinkit. Swiggy's Instamart, BigBasket, Dunzo, and Zepto are the company's major rivals in the space.

Albinder Dhindsa, founder and Chief Executive Officer of Blinkit announced via a blog post the decision to shut down the services in areas where it cannot offer faster deliveries. The Blinkit service will now be available in only the areas where the company is able to arrive at users' locations within 10 minutes (or less).

"In the near-term, this call will have a significant impact for our business size, and for a large number of our customers. We expect this to impact around 75,000 of the 200,000 daily customers we are serving", Dhindsa said.

He said that the firm is opening a new store every four hours and looking forward to serving all the affected customers within four weeks. Users can update their exact location on the Blinkit app to see if they are currently serviceable.

Grofers, which started operations as an online grocer in late 2013, rebranded itself Blinkit last week. It had recently attained unicorn status or $1 billion (roughly Rs. 7588 crore) in valuation, after raising more than $120 million (roughly Rs. 910.6 crore) from the online food delivery platform Zomato and existing investor Tiger Global Management as a part of an ongoing raise.

The company, which until now has focused mainly on grocery deliveries, is said to have more than 100 partner stores or warehouses in eight cities. Also, it reportedly has 2,000 employees currently and processes over a million orders a week, across 12 cities in India.