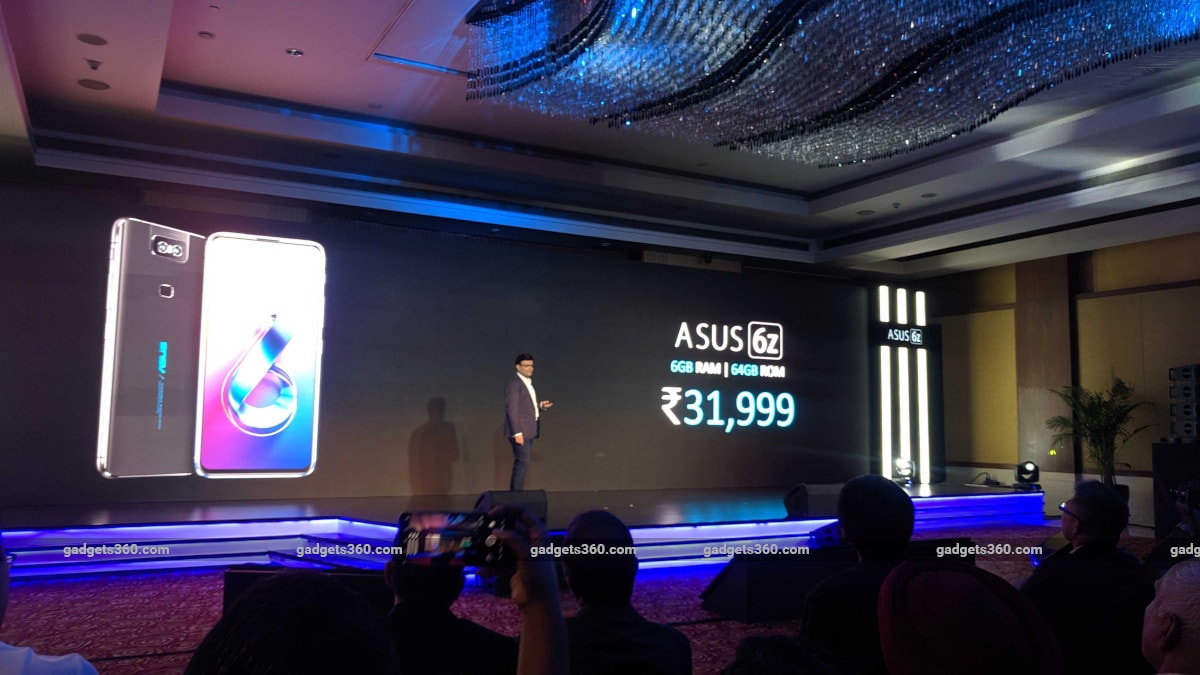 Asus 6Z India launch event began with Asus Chairman Jonney Shih on stage, who talked about the company's journey in India. He then revealed that the Taiwanese company is now the number four largest online smartphone brand in the country. He also claimed that Asus is the fastest growing consumer mobile brand in India. Shih said Asus has internalised the practice of "design thinking" and it helps the company identify the things that make a real difference in the consumers' lives.

Jonney Shih then officially launched the Asus 6Z in India. According to Shih, the smartphone has been designed for the consumers. He then invited Asus's Shawn Chang to stage to talk about the new Asus 6Z.

Chang said that after launching the Asus 5z in India, the company talked to the Indian tech community and power users over the smartphone pain points.  The Asus 6z has been created to solve these pain points. Chang was followed by the company's Dinesh Sharma on stage, who detailed the phone's specifications.

As we already know, Asus 6z comes with a 6.4-inch full-HD+ screen with 600 nits brightness, 92 percent screen-to-body ratio, and Corning Gorilla Glass 6. The phone also packs a 5,000mAh battery with Quick Charge 4.0 fast charging support. According to Sharma, Asus will be bundling a 18W fast charger in the box with Asus 6Z. The phone also supports reverse charging, allowing it to charge other devices.

Sharma then invited Qualcomm's Rajen Vagadia to talk about Snapdragon 855 SoC, which is powering the Asus 6Z. He shared a history of how we have reached to the current crop of mobile processors. Vagadia also detailed the Snapdragon 855, which is based on 7nm manufacturing process and includes eight Kryo 485 CPU cores with Adreno 640 GPU.

Asus' Eric Chen followed Vagadia on the stage and he talked about Zen UI included in the Asus 6Z. According to Chen, Asus focussed on simplicity and speed while designing the user experience on the 6Z. Chen says the company has added a Smart Key on the smartphone, which can be used to trigger Google Assistant. The Smart Key can also be customised to do other tasks.

Eric Chen revealed that Asus 6Z will be among the first wave of smartphones to receive Android Q. He also noted that the 6Z will get Android R when it is released.

Dinesh Sharma then rejoined the stage to detail the imaging capabilities of the Asus 6Z. The phone sports a flip camera, which houses a 48-megapixel primary shooter and a 13-megapixel ultra-wide-angle camera. The phone also includes laser auto-focus and dual-LED flash. As the camera module flips, the same cameras are used to take both regular photos and selfies.

Among other features, Asus 6Z comes with dual stereo speakers with smart amplifiers and two noise-cancelling microphones. The phone is also DTS:X certified and the company will be bundling high-res headset with Asus 6Z. The bundled headset has been tuned by 1More.

According to Sharma, the Asus 6Z will be offered in three storage variants - 6GB + 64GB, 6GB + 128GB, and 8GB + 256GB. The phone will be sold via Flipkart in the country and the e-retailer will be providing Complete Mobile Protection for the Asus 6Z at just Rs. 99.