Asus 6Z was launched in India back in June of last year. At the time, Asus had promised two OS updates. 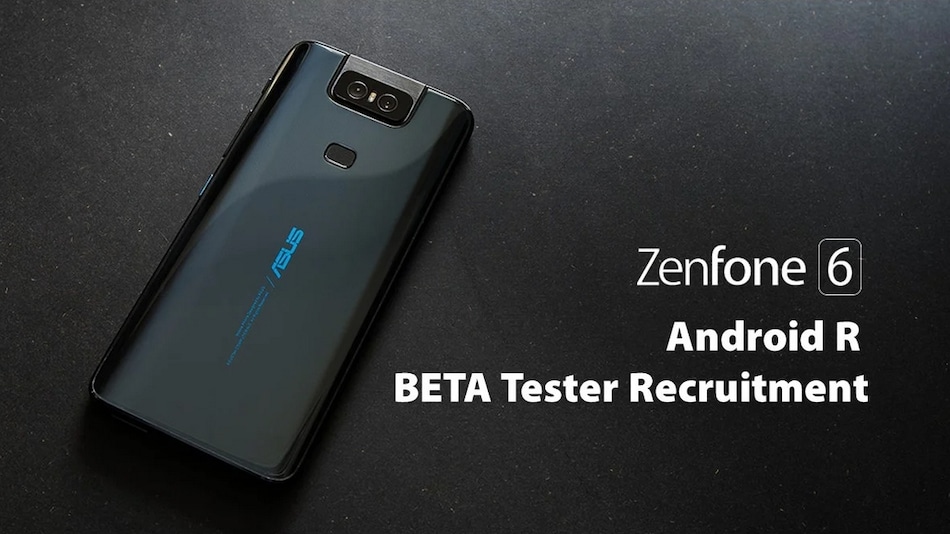 The Asus ZenFone 6 beta tester recruitment programme, as mentioned on Asus's official community forum, states that full-functionality and a bug free experience cannot be assured with the beta build. It states that the purpose for this programme, as with other beta test programmers, is to get feedback from the community and implement it in the final Android 11 release. Notably, after enrolling into the programme, Asus will reveal on September 9 if you have been accepted or not.

To enrol for the beta test programme for Android 11, Asus ZenFone 6 users need to have the latest build with version 17.1810.2008.171. Once this build is installed, head to Settings > System > System update and tap on the Gear icon on the top right. It will then show an option to “Enroll in the Beta Test Program”, followed by the beta test program notice and ASUS privacy policy to which you will have to Agree. Next, sign up with your Asus member account, fill in the application, and tap on Submit.

The Asus ZenFone 6 was launched as the Asus 6Z in India back in June last year. It came with Android 9 Pie and at the time, the company had promised two OS updates. In November of last year, it was updated to Android 10 after a beta programme for the same was announced in July.