A tipster says Huawei Mate 50 series will get 4G version of the chipset. 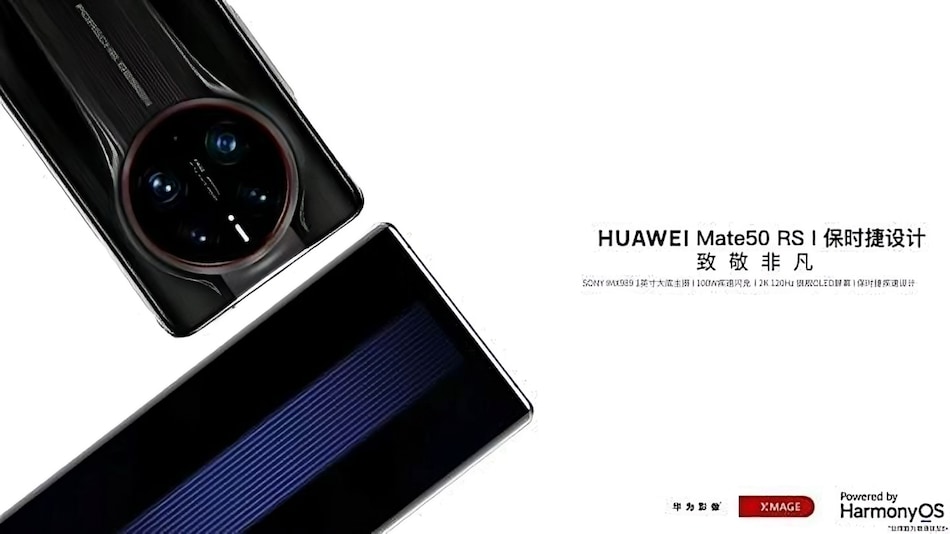 Huawei Mate 50 series may feature a 4G variant of Snapdragon 8 Gen 1 SoC, as per a tipster. The series, which will make its debut in China on September 6, is expected to include four models - Huawei Mate 50, Huawei Mate 50e, Huawei Mate 50 Pro, and Huawei Mate 50 RS. It was reported that the smartphones could be powered by the Kirin 9000S SoC, however, they are now said to come with Qualcomm chipsets. The phones could run on the company's latest HarmonyOS 3.0 operating system.

The Huawei Mate 50 is tipped to come with a 6.28-inch to 6.56-inch OLED display with 90Hz refresh rate, 8GB of RAM, and up to 256GB of onboard storage. It may pack a 4,400mAh battery with support for 66W fast charging. It is tipped to get a triple rear camera setup headlined by a 50-megapixel Sony IMX766 sensor. An alleged prototype also suggests a triple rear camera setup.

The Huawei Mate 50 Pro and the Huawei Mate 50 RS are expected to sport 6.78-inch or 6.81-inch curved AMOLED displays with up to 120Hz variable refresh rate. They could sport 12GB of LPDDR5 RAM and up to 512GB of onboard storage. They are also tipped to include a triple rear camera setup, however, the main 50-megapixel sensor could be a Sony IMX800. They may get a 4,500mAh battery with 66W fast charging.