The latest iOS release enables developers to get "more consistent distance and direction information" with the integration of ARKit. 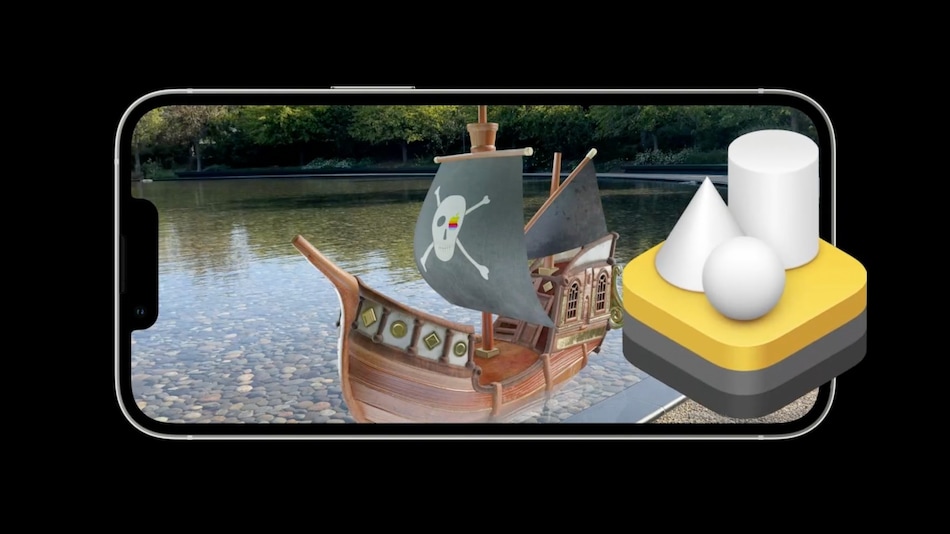 Apple has updated ARKit in iOS 16 to enhance immersive experiences

Apple has updated the Nearby Interaction framework on iOS 16 to integrate the ultra-wideband (UWB) enabling U1 chip with ARKit — the software suite meant to enable immersive experiences. The integration comes in the midst of rumours around Apple's preparing stage for its augmented reality (AR) headset. The ARKit-backed Nearby Interaction would make it easier for developers to keep their apps ready for precise spatial awareness, which is expected to be a part of the Apple headset. Separately, iOS 16 is found to allow users to delete an additional list of preloaded apps, including Clock, Find My, and Health.

As spotted by 9to5Mac, Apple conducted a virtual session as a part of WWDC 2022 where it explained about the updated Nearby Interaction framework. It enables developers to get "more consistent distance and direction information" with the integration of ARKit.

Originally, Apple brought Nearby Interaction to iOS 14 in 2020. It was then meant to allow developers to use the U1 chip in the iPhone 11 and later models to get precise location and spatial awareness. The company expanded its scope last year and made it as an interface to bring the similar experiences between the iPhone and Apple Watch as well as third-party UWB-compatible devices.

Apple had first integrated ARKit with the U1 chip to enable the Precision Finding feature on AirTags. However, the iOS 16 update is opening that same level of experience for developers.

This will allow developers to enable their apps to interact with stationary devices and overlay information on the basis of precise location.

Apple said that the best use cases of the enhanced Nearby Interaction framework are experiences that guide a user to a specific nearby object such as a misplaced item, object of interest, or an object that the user wants to interact with.

However, it is likely that the update could just be a beginning to let developers start making apps, while keeping their existing apps ready for precise spatial awareness that would be available through the rumoured Apple headset.

Presumed to offer mixed reality (MR) experiences to users, the headset is speculated to debut sometime in 2023. Analyst Ming-Chi Kuo recently predicted that it could be unveiled at a media event in January.

Apple has not yet revealed any official details about the headset, though some trademarks, suggesting the development of its operating system that would be called RealityOS, surfaced in the recent past.

The headset may include the U1 chip for UWB connectivity.

Apple has also updated ARKit in iOS 16 with support for 4K HDR video and an upgraded room interior scanning. These features could also set the pitch for the headset that is likely to offer a list of premium AR features out-of-the-box.

In addition to the updated Nearby Interaction framework and ARKit, iOS 16 would allow users to delete a list of preloaded apps. 9to5Mac reported that the first developer preview of the new iOS version Apple made available to developers earlier this week allows uninstalling of the Clock, Find My, and Health apps.

Apple has allowed users to delete preloaded apps on the iPhone since the release of iOS 10 in 2016. However, the company has apparently expanded that list to the three major apps.

Developers are said to have the ability to uninstall the three apps from both iOS 16 and iPadOS 16. But it is worth pointing out that by uninstalling these apps, some system functionality may be lost.

For instance, if the Clock app is removed, users will not be able to set alarms and timers — unless they have an alternative available on their device.

However, in case of the Find My app, its uninstalling does not turn off built-in Find My features, including Find My Friends.

Users can re-install any of the preloaded apps they uninstall via the App Store.

Although the exact reason for why Apple has started allowing users to uninstall additional preloaded apps is unclear, it could be due to the ongoing pressure from antitrust bodies around the globe. The company, though, tried to defend its restriction over uninstalling preloaded apps and limiting users to install new apps from the App Store in the past.