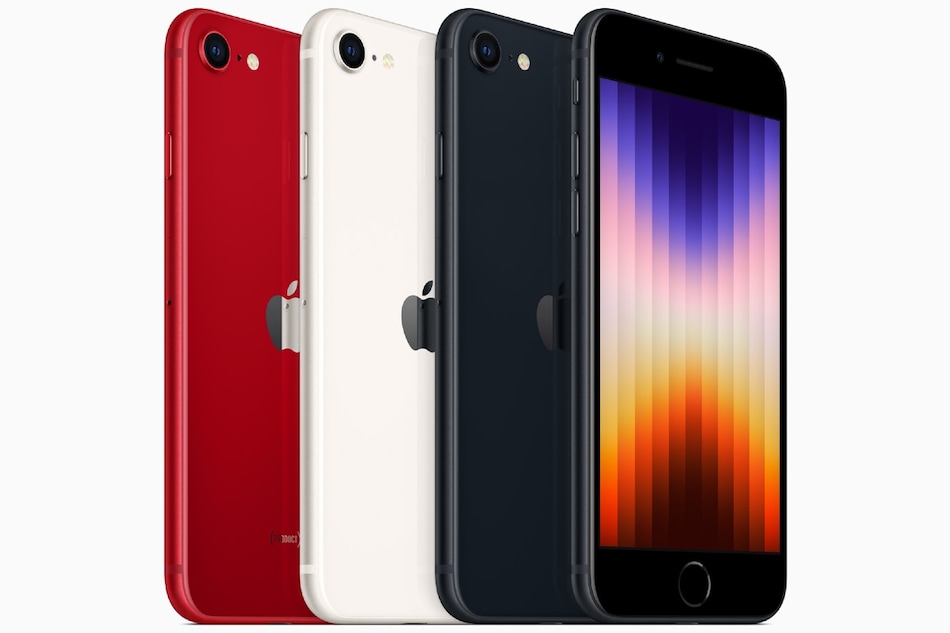 The new iPhone SE comes in Midnight, Starlight, and (PRODUCT) RED colours and will go on pre-orders in markets including India starting this Friday, with its availability starting from March 18.

The iPhone SE (2022) runs on iOS 15. It features a 4.7-inch Retina HD display with a 750x1,334 pixels resolution that brings 326ppi of pixel density and has up to 625 nits of peak brightness. Overall, the display on the iPhone SE (2022) seems identical to the one featured on the previous iPhone SE model. The company has, though, claimed that the new iPhone SE carries the "toughest glass in a smartphone" on the front and back. The glass protection is the same as on the iPhone 13 and iPhone 13 Pro. The new model also comes with an IP67-certified build.

The new iPhone also comes with a single 12-megapixel camera sensor on the back with an f/1.8 wide-angle lens — just like the previous iPhone SE. However, the rear camera sensor includes improvements — including an improved visual processing.

The rear camera on the iPhone SE (2022) supports features including Deep Fusion, Smart HDR 4, and Photographic Styles. It also supports 4K video recording at up to 60fps. The camera is also protected by a sapphire crystal lens cover.

Apple has enabled 1080p video recording from the selfie camera of the new iPhone SE. There is also support for time-lapse video and night mode time-lapse.