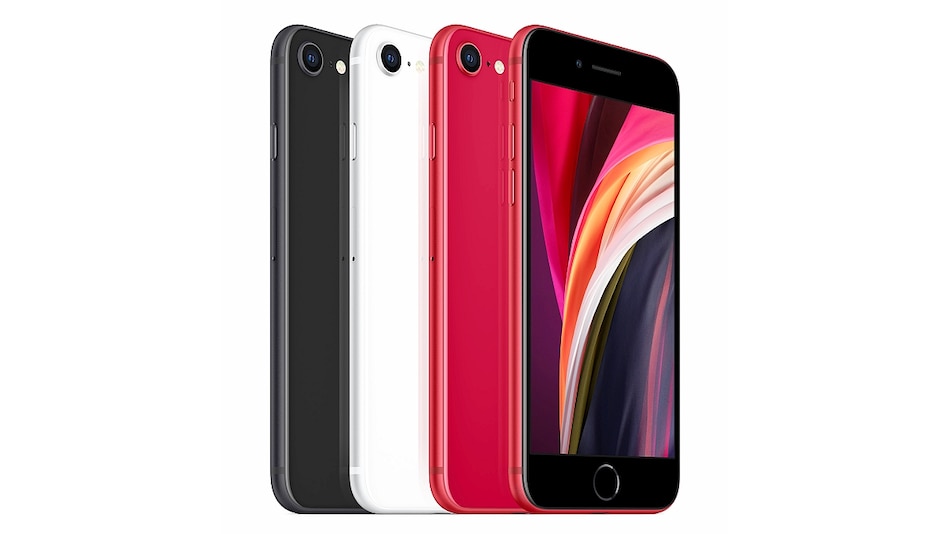 iPhone SE (2020) was launched on Wednesday, after what feels like years of anticipation since the original iPhone SE debuted in 2016. Unveiled as the most affordable iPhone model in Apple's current lineup, it is being called the new iPhone SE or iPhone SE 2nd generation. It retains the 4.7-inch size that's available on the iPhone 8 and previous regular iPhone models — not the Plus ones, of course. Despite being the most affordable model, the new iPhone is powered by the Apple A13 Bionic SoC, which also powers the flagship iPhone 11 series. The iPhone SE (2020) also runs iOS 13 out-of-the-box and comes with a Touch ID fingerprint sensor. To recall, it was originally rumoured to debut as the iPhone SE 2 and later reported as the iPhone 9.

Apple has provided the 4.7-inch Retina HD IPS LCD display on the iPhone SE (2020) that has 750x1334 pixels resolution and True Tone tech to adjust white balance. It offers a peak brightness of 625 nits. There is support for Dolby Vision and HDR10. The display panel features Haptic Touch support, seen in newer iPhone models.

Under the hood, there is the A13 Bionic chip that is a part of the iPhone 11, iPhone 11 Pro, and the iPhone 11 Pro Max. The new iPhone also has a single 12-megapixel camera sensor (f/1.8 aperture + OIS) at the back along with a LED True Tone flash with Slow Sync. It offers 4K video recording at up to 60fps, and Smart HDR for photos. There is a sapphire crystal lens cover protecting the rear camera.

Despite a single rear camera, the iPhone SE (2020) offers a Portrait mode, using computational photography enabled by the Neural Engine on the Apple A13 Bionic SoC. For selfies and video chat, there is an 7-megapixel camera at the front, with an f/2.2 aperture.

Connectivity options on the iPhone SE (2020) include 4G VoLTE, Wi-Fi 802.11ax, Wi-Fi calling, NFC, Bluetooth v5.0, GPS/ A-GPS, and a Lightning port. There is no 3.5mm headphone jack. The new iPhone also has the Touch ID button — instead of the Face ID support that requires a special array of sensors. It is protected by a sapphire crystal.

Design-wise, the iPhone SE (2020) looks quite similar to the iPhone 8 that was launched as the successor to the iPhone 7 in September 2017. Built using aerospace grade aluminium and durable glass, it measures 138.4x67.3x7.3mm and weighs 148 grams. It also features an IP67 rating for dust and water resistance, meaning it can survive immersion in up to 1 metre of water for up to 30 minutes. However, liquid damage is not covered under warranty, so you should be very careful regardless.

As is usual with Apple, the company has not detailed the size of the battery or the the amount of RAM on the iPhone SE (2020). It is said to last about as long as the iPhone 8, with up to 13 hours of video playback time, and 40 hours of audio playback time. However, it does support fast charging, charging up to 50 percent in 30 minutes with an 18W charger - not bundled. Wireless charging is also supported, using the Qi wireless charging standard. Sensors on board include an accelerometer, ambient light sensor, barometer, three-axis gyroscope, and a proximity sensor.

Commenting on the launch of the new iPhone SE, Phil Schiller, Apple's senior vice president of Worldwide Marketing, said, "The first iPhone SE was a hit with many customers who loved its unique combination of small size, high-end performance and affordable price; the new second-generation iPhone SE builds on that great idea and improves on it in every way — including our best-ever single-camera system for great photos and videos — while still being very affordable. iPhone SE features the industry-leading performance of A13 Bionic that enables great battery life, takes stunning Portrait mode and Smart HDR photos, shoots amazing videos with stereo audio, is great for games and super fast web surfing, and is built with the same industry-leading security features our customers expect. We can't wait to get iPhone SE into customers' hands."