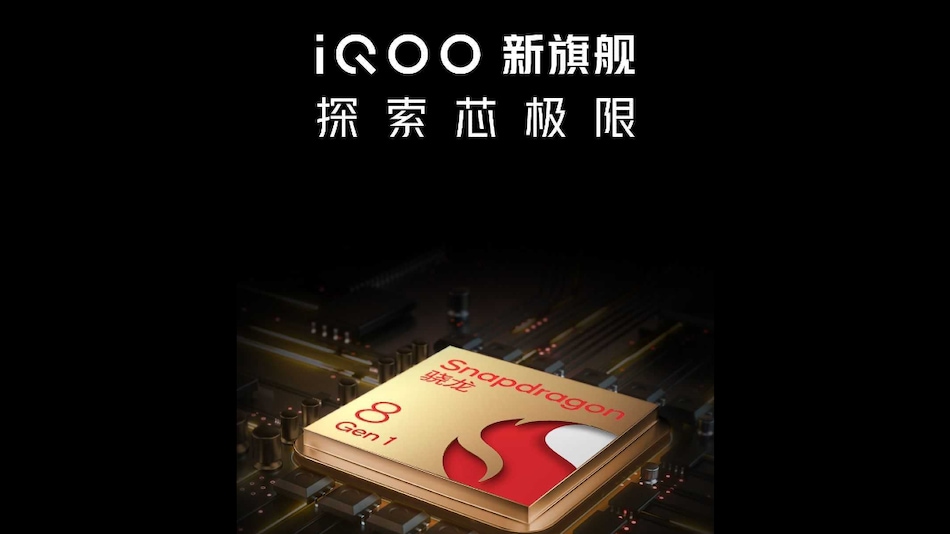 iQoo 9 series is tipped to launch in India sometime in late January or early February. The upcoming series is reported to come with multiple models, likely the vanilla iQoo 9 and iQoo 9 Pro. The company has teased the arrival of a flagship phone with the Snapdragon 8 Gen 1 SoC, and the iQoo 9 series is largely anticipated to be the smartphone series to integrate it. iQoo 8 series that was launched in China earlier in August will reportedly not arrive in the Indian market. The company is likely to skip to the iQoo 9 series for the Indian market.

91Mobiles tips that the iQoo 9 series may launch in India by late January or early February 2022. The report says that one of the models in the iQoo 9 series is tipped to support 120W fast charging. In addition, the series is likely to include the vanilla iQoo 9, iQoo 9 Pro, and iQoo 9 Legend. One of the models in the series is also expected to be powered by the Qualcomm Snapdragon 8 Gen 1 SoC.

Other specifications of the iQoo 9 series are under wraps for now, as more leaks haven't come through yet. There is little clarity on whether the series will launch in China first or India. To recall, the iQoo 7 series was unveiled first in China and then the global rollout was commenced first with the Indian market a few months later. The iQoo 9, if we were to speculate, should be treated in the same manner.

The iQoo 9 series is also likely to see upgrades over the iQoo 8 series that was launched in the Chinese market. The Snapdragon 8 Gen 1 series that was unveiled just a day ago will be integrated in one of the iQoo 9 flagships, the company has teased on Weibo. The Snapdragon 8 Gen 1 is claimed to be up to four times faster artificial intelligence (AI) performance than the Snapdragon 888 SoC introduced last year. It is also touted to deliver 30 percent faster graphics rendering along with 25 percent more power efficiency over the predecessor.