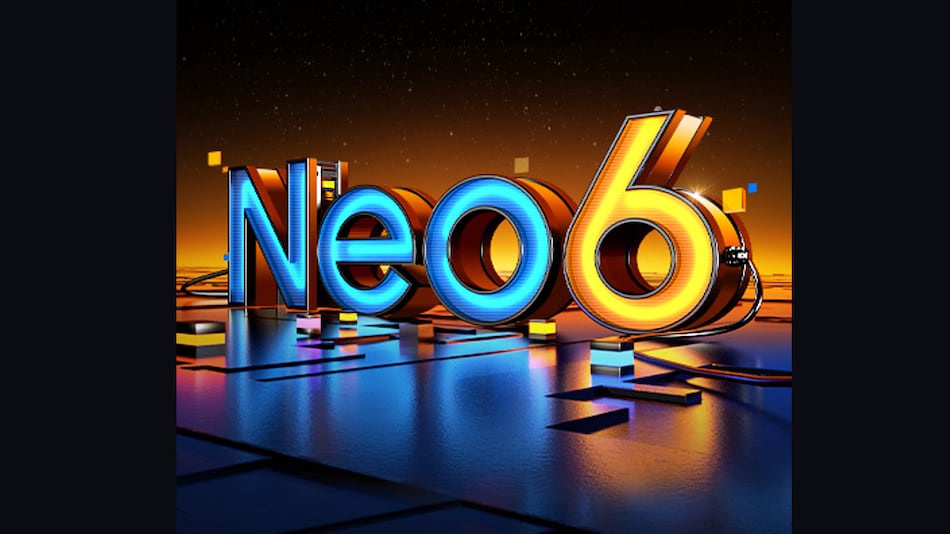 iQoo Neo 6 is confirmed to launch today in China

iQoo Neo 6 is all set to go official in China today, April 13. Just hours before its official debut, an iQoo handset surfaced on China's state telecommunications certification authority (TENAA) website with the model number V2196A. The listing is believed to be of the iQoo Neo 6. The smartphone is shown with 5G connectivity, a 6.62-inch AMOLED display, and triple rear cameras led by 64-megapixel primary sensor. The listing suggests that iQoo Neo 6 will get three RAM and storage variants. The iQoo Neo 6 is confirmed to pack a 4,700mAh battery with support for 80W fast charging.

The TENAA listing of iQoo Neo 6 with model number V2196A0 — past listings correspond the connection — was first spotted by Gizmochina. Gadgets 360 was able to independently confirm the listing.

The upcoming iQoo smartphone is listed with a 6.62-inch full-HD+ (1,080x2,400 pixels) AMOLED display. The Android phone is said to feature an in-display fingerprint sensor.

The iQoo handset is said to be powered by an octa-core processor with a frequency of 3GHz. The listing doesn't reveal the name of the chipset, but iQoo Neo 6 is tipped to come with Snapdragon 8 Gen 1 SoC. The TENAA listing suggests three RAM variants — 6GB, 8GB, and 12GB paired with three storage options, 128GB, 256GB, and 512GB — for the V2196A0 smartphone.

The triple rear camera unit of the device is listed to include a 64-megapixel primary sensor, along with a 12-megapixel secondary camera and a 2-megapixel snapper. iQoo already announced that the iQoo Neo 6's primary sensor will feature optical image stabilisation (OIS). Also, for selfies, the phone is shown with a 16-megapixel shooter.

Furthermore, the iQoo handset is listed with a 2,290mAh battery. However, the company has already teased the iQoo Neo 6 with 4,700mAh battery with support for 80W fast charging.

The smartphone is listed on the certification site with a gravity sensor, distance sensor, proximity sensor, and light sensor. iQoo Neo 6 is said to measure 163.00×76.16×8.5mm and weigh 197.23 grams.