iQoo Neo 6 is tipped to feature a 6.62-inch AMOLED display with a 120Hz refresh rate. 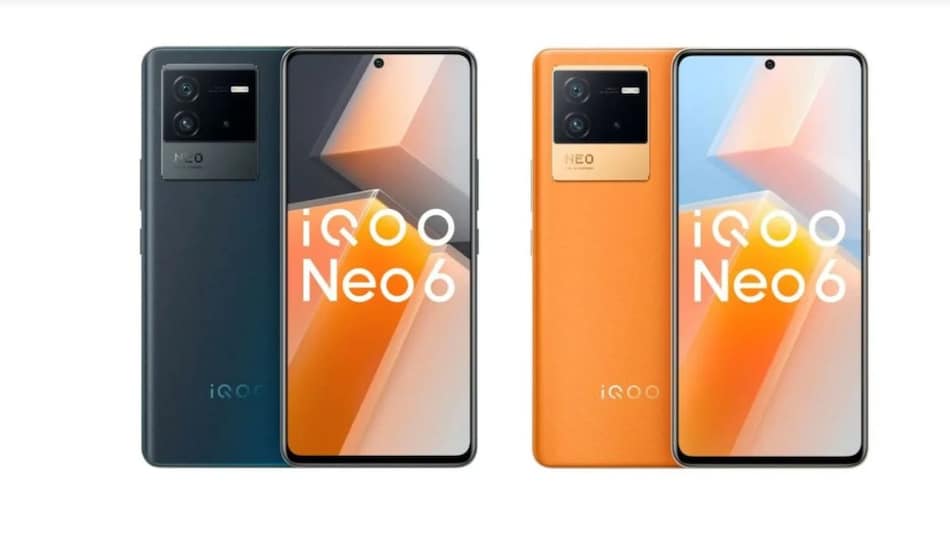 The Chinese smartphone manufacturer took to Weibo on Monday to confirm that the upcoming iQoo Neo 6 will feature a 64-megapixel primary camera with optical image stabilisation (OIS). The company also shared an image of a person on a bicycle purportedly clicked with the iQoo Neo 6, suggesting that the smartphone can be used to capture images of moving subjects. In a separate post shared on Monday, iQoo also announced that the upcoming iQoo Neo 6 handset will be powered by a 4,700mAh battery with support for 80W fast charging.

For photos and videos, the iQoo Neo 6 is said to offer a triple rear camera setup, comprised of a 64-megapixel primary camera with an f/1.9 aperture lens. The company has now confirmed the primary camera's resolution. It is also tipped to feature a 12-megapixel ultra wide-angle camera, and a 2-megapixel portrait camera. For selfies and video calls, the iQoo Neo 6 is said to sport a 16-megapixel front facing camera, according to the report. iQoo has also confirmed that the iQoo Neo 6 will pack a 4,700mAh battery with support for 80W charging, ahead of the upcoming launch on April 13.